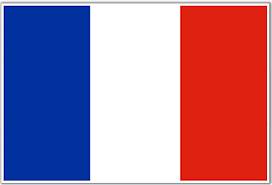 My Prior Posts on French Literature 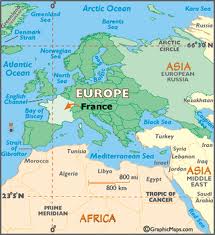 Project 196 is my attempt to read and post on a short story from an author from each of the 196 countries of the world.  Of the prior 25 countries, only the United States can come close to challenging France in a literary shootout.    France is home to the consensus second best short story writer that ever lived, Guy de Maupassant.  I am in the process of reading all the short stories in the ebook of the Gutenberg Edition of  The Complete Short Stories of Guy de Maupassant.  (I do not doubt that there are stories left out of the ebook but it is enough de Maupassant for most people!)
People who know a lot about the short story like Frank O'Connor say de Maupassant wrote about ten truly great short stories and most of them dealt with prostitutes and/or soldiers.  "Tombstones" is not one of his great short stories, it relies on a surprise ending for its impact and was probably written fast to get money.  It is in a way very typical of one of his stories.   (I will provide a link where you can read it online if you want.)
"Tombstones" begins with a very well done scene setting paragraph:

The five friends had finished dinner, five men of the world, mature, rich, three married, the two others bachelors. They met like this every month in memory of their youth, and after dinner they chatted until two o'clock in the morning. Having remained intimate friends, and enjoying each other's society, they probably considered these the pleasantest evenings of their lives. They talked on every subject, especially of what interested and amused Parisians. Their conversation was, as in the majority of salons elsewhere, a verbal rehash of what they had read in the morning papers.

De Maupassant sets for us a sophisticated opening.  We can see into the world of the men just from these few lines.  Our story will focus on an interesting adventure (we know he will tell his friends all about it) of one of the men:

One of the most lively of them was Joseph de Bardon, a celibate living the Parisian life in its fullest and most whimsical manner. He was not a debauche nor depraved, but a singular, happy fellow, still young, for he was scarcely forty. A man of the world in its widest and best sense, gifted with a brilliant, but not profound, mind, with much varied knowledge, but no true erudition, ready comprehension without true understanding, he drew from his observations, his adventures, from everything he saw, met with and found, anecdotes at once comical and philosophical, and made humorous remarks that gave him a great reputation for cleverness in society.


Here is what happens (spoiler alert).  On one of his walks he ventures to a cemetery to  pays his respects to a friend killed in a recent war.   He sees a very pretty woman weeping at a tombstone.  He takes the time to comfort her and finds she is the widow of a soldier, killed only a few months after they married.  She is so overwrought she can barely stand up so he offers to escort her home.  At her apartment she asks him if he can kindly walk her up the four flights as she feel shaky.  If course he says yes and accepts the offer to come in for some tea.  He then invites her out to dinner and she changes form her widow's wear into a lighter gown and he is struck by how lovely she turns out to be, barely twenty-one.  A three week romance starts and ends when the man gets bored with her.


This friendship, begun amid the tombs, lasted about three weeks. But one gets tired of everything, especially of women. I left her under pretext of an imperative journey. She made me promise that I would come and see her on my return. She seemed to be really rather attached to me.
"Other things occupied my attention, and it was about a month before I thought much about this little cemetery friend. However, I did not forget her. The recollection of her haunted me like a mystery, like a psychological problem, one of those inexplicable questions whose solution baffles us.

He loses touch with her and one day he walks through the same cemetery where he first met her.   He sees a well dressed affluent looking man helping walk away from a tombstone, she fraught with grieve.  Only this time she is at another tombstone!    Here is how de Maupassant ends the story:


But as I wandered in another direction of this great city of the dead I perceived suddenly, at the end of a narrow avenue of crosses, a couple in deep mourning walking toward me, a man and a woman. Oh, horrors! As they approached I recognized her. It was she!
"She saw me, blushed, and as I brushed past her she gave me a little signal, a tiny little signal with her eye, which meant: 'Do not recognize me!' and also seemed to say, 'Come back to see me again, my dear!'
"The man was a gentleman, distingue, chic, an officer of the Legion of Honor, about fifty years old. He was supporting her as I had supported her myself when we were leaving the cemetery.
"I went my way, filled with amazement, asking myself what this all meant, to what race of beings belonged this huntress of the tombs? Was she just a common girl, one who went to seek among the tombs for men who were in sorrow, haunted by the recollection of some woman, a wife or a sweetheart, and still troubled by the memory of vanished caresses? Was she unique? Are there many such? Is it a profession? Do they parade the cemetery as they parade the street? Or else was she only impressed with the admirable, profoundly philosophical idea of exploiting love recollections, which are revived in these funereal places?
"And I would have liked to know whose widow she was on that special day."


Now he wonders, is she a hunter of the cemetery?   Does she make fools of a series of men she meets there?  Will she still be there in twenty years?  What will the man tell his friends?  Sometimes a mediocre story by a great writer is still a very good story.