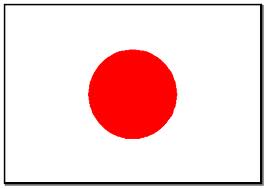 Project 196 is my attempt to read and post on a short story by an author from each of the 196 countries of the world.  So far I have posted on stories from 29 countries.  I am discovering a lot of new to me writers, including some I for sure want to read more of, and learning more about the short story as a factor in differing literary cultures.  Japanese fiction is one of my core interests.

Banana Yoshimoto (1964, Tokyo) is one of my favorite contemporary writers.    I have her on my read everything that has been translated list.   I think either her Kitchen (her most popular work among book bloggers) or Goodbye Tsugumi (my personal favorite) would be a good first Japanese novel.   (There is more information on her in my prior posts on her work.)

"Newlywed" is a really fun to read paranormal story with strong elements of magic realism.   It is told in the first person by a newly married man. It is about a very strange experience he had writing the train in Tokyo. 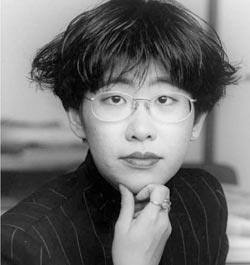 He is on his way home from a late night drinking session which has left him pretty intoxicated when a very ragged old man gets on the train and sits near him.  The train is not crowed and the three other people in the car move to another car but he stays in the car with  the man.   He can barely stand the smell of the man and is totally shocked when the man tells him he knows why he does not want to go home.   The old man appears to know details about his domestic life with his wife.   Then he looks back over at him and the old man has vanished and in his place is a very beautiful woman.    At first he thinks he is hallucinating because of his drinking.  He begins an intimate conversation with the woman.   The question then becomes what is she?  It appears she is a spirit of a dead woman who spends her time riding in the train talking to strangers.

The plot sounds light but is really well done and makes you think a lot about who the woman could be.   Or the old man.  Maybe the entity takes the shape or persona best for the person they are speaking with.

I read this story in The Penquin Book of International Women's Stories.  It was translated by Megan Backus.

This will be my last project 196 post until April.  March will be devoted to Irish Short Stories.  I have decided the very last short story I post on for Project 196 (which will stay open until 2017) will be an Irish short story.

I read this story in her Lizard collection. It's a story I often think of, and I'm glad you highlight it here on Project 196 - Japan.

Do you know who took the picture?