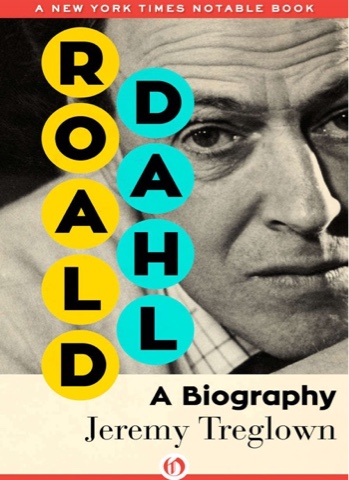 Ronald Dahl, most famous for his best selling children's books, was born in Wales in 1916 and died in Oxford in 1990. 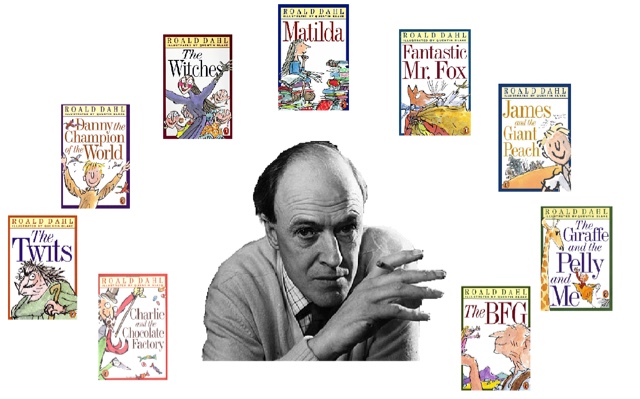 Roald Dahl has a significant personal meaning to me.  The newest Willie Wonka and the Chocolate Factory movie was the first movie I saw with my three daughters, then 11, 9, and 7.  We read his novel Matilda aloud together and everybody got really into it.  We bought a DVD of the movie and they watched it over and over, gasping in fear of the evil principal and cheering for Matilda and Miss Honey.
As Jeremy Treglown in his very well done Roald Dahl A Biography shows us Dahl, at six foot five, was a larger than life figure.  He served with served with great valor as a fighter pilot in W W Two, being awarded the Distinquished Flying Cross.  He began to write short stories based on his experiences.  By good luck, he was assigned to Washington DC and began to meet lots of important people.  Dahl could be very charming and had a strrong mutual attraction to women.  Even when married to a woman of stunning beauty, the American actress Patricia Neal with whom he had four children, he still had multiple affairs. 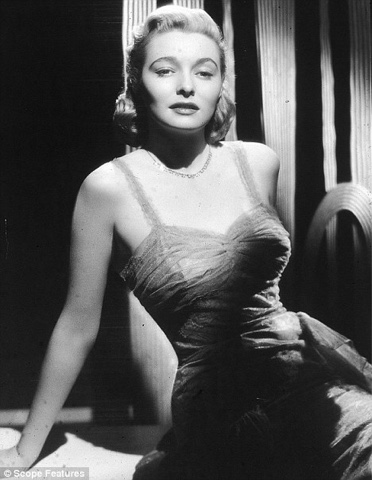 Dahl's first big break came when he wrote a strory about gremlins.  In the British Airforce gremlins were held responsible for all mechanical problems with planes.  More of his stories were published in high prestige magazines like The New Yorker, The Saturday Evening Post, and Playboy where he published lots of stories. Before he became famous as a writer of books for children, he wrote adult novels and a bit twisted short stories.
Treglown details his career.  Dahl began to work as a screen play writer for Hollywood.  He develops relationships with major publishers.  Dahl could be difficult and expected to be idolized and could be surly if he felt he was neglected.  He was a decent father. 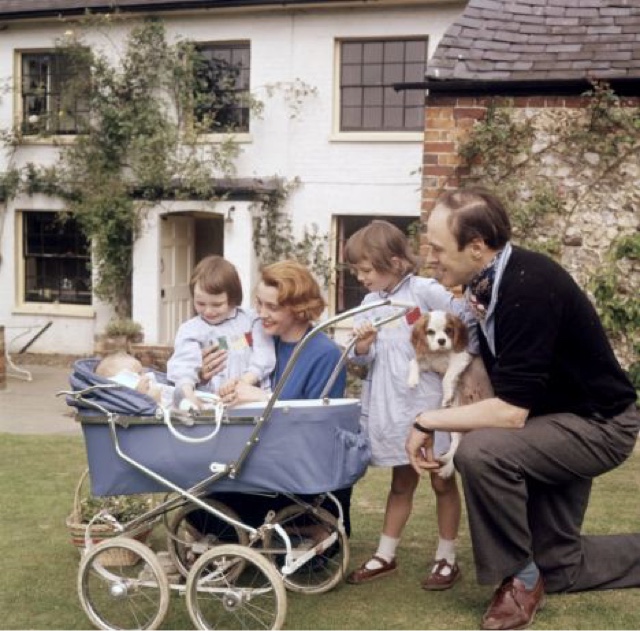 There was an aspect of the life of Dahl I found hard to understand.  His wife, who earned very big money from her movies, had a stroke.  Dahl pushed her very hard to recover, hiring
full time therapists.  I wondered was this done from love or to bring in the large sums she could earn.
Dahl was anti-Semetic.  Treglown seems to try to brush this off by saying it was as a common attitude in upper class British society of the period but I lost a good bit of respect for Dahl when I read some of the quoted remarks,  He was also very anti-Zionist and anti-Isreal.
As Dahl switched to children's books, he became a tremendous success.  Treglown details the plots of the books and places them in the context of the times and events in Dahl's life.  We learn a lot about the business side of being a best selling writer.
Treglown talks about his relationships with his daughters.  Like many a father, he was vocal about his disapproval of their boyfriends.
Dahl began to make millions.  He was very generous with his money to his extended families and many charities.  He especially supported organizations that encouraged children to read.
Dahl felt he was a great writer and felt he deserved to be knighted and resented that this never happened.
Dahl had a unique gift for producing stories that would entrance children.
Treglown's biography is a first rate work.  It is a social history of an era, not just a biography.
Jeremy Treglown (b. 1946) is a British literary historian and biographer. He served as editor of the Times Literary Supplement through the 1980s. He is a senior research fellow of the Institute of English Studies at the University of London and emeritus professor of English and comparative literary studies at the University of Warwick. Treglown’s biographies include Franco’s Crypt: Spanish Culture and Memory Since 1936, V. S. Pritchett: A Working Life, Romancing: The Life and Work of Henry Green, and Roald Dahl: A Biography.
Mel u

Interesting man; I enjoy reading biographies. On your side bar I see Love in a Cold Climate which I just started reading today. I loved Pursuit of Love, isn't Nancy Mitford a gifted writer?

Terra Hangen. I'm like reading bios of authors. I love the work of Nancy Mitford, especially her best known works. On YouTube you can find very good segments of s BBC series on her books. Thanks very much for your comment

Mel, thank you for your honest review. I am so disappointed that he was anti-Semitic.

Suko, I doubt if I will read more of his work.

What a bummer he was such a narcissistic jerk. Really makes me lose respect. :(

Heather Fowler. Yes, hard to see him any other way