"A Mansion with Many Rooms" - A Short Story by Kutti Revathi (2015, translated from Tamil by the Author)


You can read this story on Words Without Borders, 2015 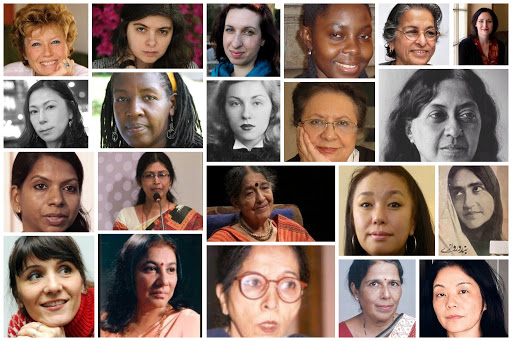 "A Mansion with Many Rooms" focuses on a recently widowed man, sixty five, when we first meet him his wife had just died a few days ago.   He has a grown daughter living on her own.  His wife loved to cook and has a paid reservation at a cooking class by a famous chef.  The lesson is prepaid so his daughter, fearing he will withdraw totally into himself, insists he go.   In his preparations for the class, he is asked to bring with him glazed shiitakes mushrooms, he finds a notebook his wife kept with personal observations about many topics, including him, but centering on cooking.

After the class,  he becomes very into cooking, fixing all the many meals his wife described in her notes. In a way it saves him.  Seven years go by, his daughter marries, has a son, his only grandchild, and divorces.  He become a very kind and loving grandfather.

This is a very moving story about being left behind, about marriage and cooking.  There are marvelous descriptions of the food!

Kutti Revathi is widely recognized as possessing a vital new idiom, both within the poetics and politics of the Tamil literary tradition and in that borderless space we now think of as “world poetry.” Kutti Revathi is professionally a Siddha doctor. She has been speaking out for the rights of the downtrodden, whoever they be, women or Dalits. Agnostic in her beliefs, she trusts human values and moons over credibility of poetic virtues. One of her major contributions to Tamil literature is Panikudam, a Tamil literary quarterly for women's writing, of which she is the editor. Her works include eight poetry collections, including the controversial Mulaigal; she also has written short stories, and has made six documentaries and written lyrics for the composer AR Rahman. She edited Wild Girls, Wicked Words, a collection of poems by four Tamil women poets, translated by Lakshmi Holmström

Email ThisBlogThis!Share to TwitterShare to FacebookShare to Pinterest
Labels: India, Women in Translation