"It's All Up to You" - A Short Story by Sylwia Chutnik (translated from Polish by Jennifer Craft, 2012) 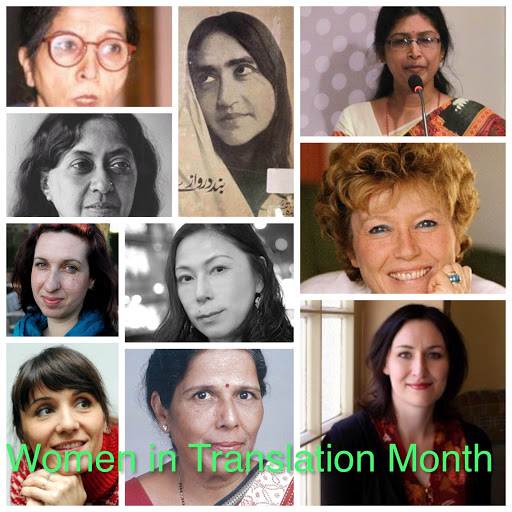 Imagine you are out of work, you are at an office, talking to a woman in personal about working there, an advertising agency.  The woman, the narrator calls her a girl, is just to perfect for words, disgustingly cute, double majored in college, speaks four languages, drives the men wild when she goes out on the town.  The narrator tries to fight her jealousy, her feelings of inferiority but they just keep getting worse.

These darkly hilarious lines show just how the narrator feels about everything:

"What a sweet little bear, that’s fantastic. Even her toys are awesome, and people like her never sweat, and they don’t ever have any problems with their digestive systems. And they don’t go into the pharmacy and ask for Lactovaginal in a hushed voice. “What?” “Lactovaginal.” “Vaginal discharge?” shrieks the lady at the counter. God, yes, vaginal discharge......something down on a piece of paper. She’s already taken her course on how to conduct interviews, which was connected with her Reiki II foot massage and her advanced German classes. She knows what to say. And if ever she doesn’t know, she laughs. I don’t know anything, and I’m traveling around the carpeting by chair. Weee’ll letyouknow. Great. Another job I’m not getting. I turn and look back at the babe through the glass that separates the swells from the plebs, enclosed in their plastic boxes. I feel a terrible hatred, I feel the injustice of it, I feel the shame of it. A woman in a dress suit walks past me and gives my shoulder a friendly clap. “Don’t cry, they might still take you as a cleaning lady—they’re holding the next interviews in a week.” "

As a bit of time goes by, things take a serious turn for the worse.   She is hit by a street car and one of her legs is shattered. She has to take work handing out leaflets for a cosmetic company.  Just when she feels things cannot get worse, the woman from the place that rejected her job application, trying not to look at and certainly not recalling her, takes a leaflet and contemptuously throws it in the trash.

I read this story in Best European Fiction 2013, the entire nine volume series is a goldmine of work suited for Women in Translation Month.