"The Far Shore" - A Short Story by Yoko Tawada (2014, traslated from Japanese)


Japanese Literature on The Reading Life

Information on Women in Translation, August, 2017

You can read "The Far Shore" at Words Without Borders 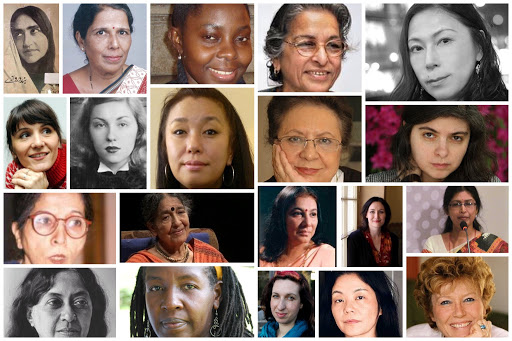 "The Far Shore" by Yoko Tawada is a very imaginative dystopian vision of what happens to Japan after a huge nuclear melt down caused when a plane crashes into a huge nuclear reactor.

After the March 11, 2011 disaster at a nuclear power plant precipitated by a terrible tsunami that caused many Japanese to ponder the soundness of Japan's reliance on nuclear power.  "The Far Shore" is about what happens when all of Japan is made uninhabitable by nuclear contamination.  China and Russia agree to take in Japanese refugees.  A central character is a Japanese politician who has been a long time harsh critic of the Chinese, he fears they will not accept him so he disguises himself. Tawada does a great job depicting the passage on the refugee ships and the immigration process.

The story can also be seen as a satire on international politics, on refugee issues world wide.  I greatly enjoyed this story.

Called “magnificently strange” by The New Yorker and frequently compared to Kafka, Pynchon, and Murakami, Yoko Tawada (b. 1960) is one of the most creative, theoretically provocative, and unflinchingly original writers in the world. Her work often deals with the ways that nationhood, languages, gender, and other types of identities affect people in contemporary society, especially in our postmodern world of shifting, fluid boundaries.  She is one of the rare writers who has achieved critical success writing in two languages, both in her native Japanese and in German, the language of the country where she has lived since 1982. Five volumes of her work in English translation have been published by New Directions and Kodansha, and her work has been translated into many other languages. Her numerous literary prizes in both Japan and Europe include the Gunzo Prize for New Writers for "Missing Heels,” the Akutagawa Prize (Japan's most important prize for young writers) for "The Bridegroom Was a Dog," the Adelbert von Chamisso Prize for her contributions to German-language literature, the Izumi Kyōka Prize, and the Goethe Medal. Japanese Literature on The Reading Life