"The Daughter, the Wife, and the Mother" - A Short Story by Arupa Kalita (translated from Assam, 2011)

You can read today's story here 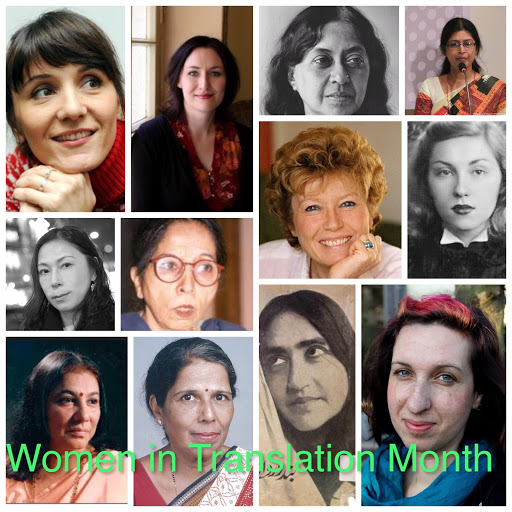 "The Daughter, the Wife, and the Mother by Arupa Patangia Kalita, translated from Assam by Snigalham Alati is the sixth story by a woman from the Indian Subcontinent upon which I have posted for Women in Translation Month, August, 2017.  Including English, India has twenty three official languages.  I will hopefully post on at least four more.

I will, hopefully, continue this project and eventually post on a story from every official language.  This also affords me the occasion to expand my knowledge of Indian culture and history. I have five anthologies of Indian Short Stories on my E Reader and lots can be found online.

Gauri Pehi is a fifty year old woman, now her life is taken up with fixing breakfast for her family, then sitting under a tree until she works on lunch.  She is clearly mentally disturbed, laughing, then crying or muttering or yelling at others in the household.  She is preoccupied with a small spot on her thigh.  Years ago at maybe thirteen she was sent as a bride.  When the groom saw the spot he thought she was a diseased witch.  Her father in law, dragging her by the hair, returns her to her family, who does not want her back.  Five times she is sent to her groom's family.  The last time at nineteen, sent back after having a child, which is kept. The last time she was returned tied down in a bullock art, screaming for her son,  as time goes on and her sister in laws have children she goes mad.

One wonderful day to Gauri, her son, now a handsome wealthy doctor comes to get his mother.  Here is the terrible closing:

"Pehi’s two younger brothers were standing next to each other. A The picture of a bullock cart floated before her eyes. The cart-driver standing with a pair of white and black bullocks, the shrill cry of the baby, the nineteen-year-old girl tied with a rope and left in the cart. A strong hand held her pinioned to the cart, Pehi making a vain effort to set herself free. The soothing security of the margosa beckoned her.

The handsome young man looked at the old woman on the rear seat. He frowned. Was it a mistake? Pehi’s father had bought a plot of land in her name right in the middle of Guwahati. The thought brought some sort of solace to his mind. Everything was ready. Only a thumb impression and then a house, a chamber and a nursing home in future. The car started moving.
Pehi was wailing now. In her subconscious, she heard the cry of a baby. “No no no!” The young man looked again. How would Namita put up with her! Even if she did, what will people say? It is alright, something should be done. He had already told his uncle that his mother needed treatment. He would send her to a mental asylum. Who would blame him? Yes, she should be treated!"

Her life was ruined by a small spot on her thigh at age 13.

Arupa Patangia Kalita was born in 1956 and studied at Golaghat Mission Girls High School and Debraj Roy college she did her MA in Gauhati University. She pursued her Ph.D. from Gauhati University. Besides novel, novella and short stories she writes on issues concerning women and society. Her novels and short stories have been translated to many languages. Her writings have also been included in syllabus of many colleges and universities. She writes in Assam.