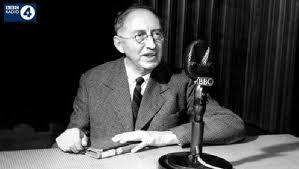 "There was the button that produced literature. and there were of course the buttons by which she communicated with her friends. The room, though it contained nothing, was in touch with all that she cared for in the world."


I think the more your life has been taken over by the Internet the more you will be amazed by E. M. Forster's 1909 look into the future displayed in his marvelous short story "The Machine Stops".


Where Angels Fear to Tread and Passage to India have completely convinced me of the literary genius of E.  M. Forster, just as they have 1000s and 1000s of others.    I am currently reading his Howards End and am awestruck by it also.   Not just for the quality of the prose and the profound characterizations but also for the many brilliant authorial asides.   Forster is as wise as they come!


In addition to six novels, Forster wrote some travel books and essays and a number of short stories.    I think all of his work is now in the public domain with the exception of a novel, Maurice intentionally not published until after his death,    For sure I will soon read all of his novels (maybe having to wait on Maurice for practical reasons) and I want to read some of his short stories.   A number of articles on Forster I read said his most memorable short story was "The Machine Stops".


As the story opens we are in the living quarters of a middle aged woman.   She communicates with the world through "The Machine".    She speaks to people around the world through it, all of her knowledge comes through it, she does not see something as valid unless the machine contains it.  Hum, starting to sound strangely familiar.


The atmosphere of the Earth is toxic.   There have been it seems terrible wars or ecological disasters so everyone lives underground.    You can go on a tourist type trip to the surface if you like but why bother.    The Machine (no one fully understands how it works or can visualize a time before The Machine Existed) somehow produces food and oxygen etc.   People spent their time on self improvement activities and a lot of time is devoted to lectures.


In one very funny swipe at academic historians, during a lecture on the French Revolution the speaker boasts that he will not tell us what actually happened (that would be ever so degrading!) but what Professor Smith said about Professor Jones's remark on Dr. Quong's account of the Mongolian commentaries on the work of Carlyle and so on to the tenth degree.


One day the central female character gets a message that her son, who lives on the other side of the world wants to see her in person.   This will call for her to take an airship.   There used to be a vast fleet of them linking the cities of the world up but  no one really travels anymore.


Her son tells her that he has seen signs that the machine is breaking down.    To even mention this can lead to one being made "homeless", sent to live on the surface of the  earth.


I do not want to tell more of the plot of this story.   I think a lot of readers will be shocked by this vision of the future from 1909.    I really liked this story and hope at least fellow Forster lovers will  read it.


You can read "The Machine Stops" HERE

It seems like a very comtemporary short story. Never have read it. Will give it a try now. Luv your blog.

You know, I'm ashamed to say, I've never read an E M Forster. This short story sounds interesting...so I might make this my first step into Forster!

I've never had the courage to take up The Passage to India. I'm not sure why. Maybe it's about time I did...

You know, I'm ashamed to say, I've never read an E M Forster. This short story sounds interesting...so I might make this my first step into Forster!

I've never had the courage to take up The Passage to India. I'm not sure why. Maybe it's about time I did...

Tea-thanks so much for your comments and kind words

I have never read his short stories! This must be remedied.

Forster is one of those authors I seldom think about, for some inexplicable reason. The first novel I read was _A Passage to India_, which I thoroughly enjoyed. I then immediately went out and got a second by him, _Howards End_, which I thought was quiet good, but after that I didn't read any more of his novels. Why? I really don't know.

Yet, I did read his _Aspects of a Novel_ and was impressed by this printed version of a series of lectures he gave at Trinity College, Cambridge. I also had read his "The Machine Stops" which I thought was set very far in the future, but today I'm less certain of that.

Yet, in spite of positive reactions to his work, I've never really gotten enthusiastic enough to want to read more. I see that he has a collection of short stories out, so I might take a look at those. Perhaps that might inspire me to take another look at his novels.

I don't remember if anyone mentioned this, so forgive me if someone has. I just discovered that there is a film version of Forster's _Maurice_, a UK production, as to be expected.

Is anyone familiar with this? It's available at the local library, so I'm thinking of putting it on reserve.

This is my first taste of Forster... thanks for sharing it! And for always giving us a link to the story!