“Borderlands”. - A Short Story by Johannes Urzidil - 1956 - translated from German 2016 by David Burnett- included in The Last Bell 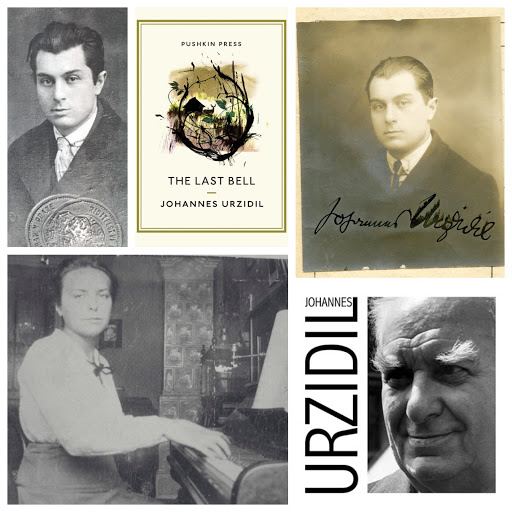 Earlier this month I read a wonderful short story, “The Last Bell” by Johannes Urzidil set in Prague, right after the Nazis took control of the country.  The story is narrated by a maid whose Jewish employers have fled the country leaving her with their apartment and a good bit of money.  She gets involved with German soldiers in a really wonderful story.

“Borderlands” is completely different from “Last Bell”.  We never really learn where the story is set other than somewhere in a forest in Europe.  It is likewise
very vague as to the era of the story.  I will say at once I loved this story for the
portrayal of the magical child, at the heart story.  This story reads like a fairy tale at times.  It is narrated by a man from the city, a writer, who comes to stay with a country family.  Their daughter has strange powers, she can call fish, summon rain but she cannot learn the simplest arithmetic.  The ending is heart rendering.

Johannes Urzidil - Biography
Johannes Urzidil (February 3, 1896 - November 2, 1970) was a Czech-German writer, poet, historian, and journalist. Born in Prague, he died in Rome.
Urzidil was educated in Prague, studying German, art history, and Slavic languages before turning to journalism and writing. His initial efforts in poetry were influenced by Expressionism, and were published under the pseudonym Hans Elmar. He also worked as a writer and editor of the monthly journal Der Mensch. Among his acquaintances during this period were Franz Werfel and Franz Kafka. From 1922 until 1933 he advised the press section of the German embassy in Prague. Czechoslovakia was occupied by Nazi Germany in 1939, causing Urzidil to take refuge in Britain; in 1941 he came to the United States, acquiring American citizenship in 1946.

Although he published poetry, Urzidil is best known for his prose which, though written in exile, reflects his Bohemian heritage. Among his more notable works are a collection of short stories, The Lost Beloved (1956; the title refers to Prague); the novel Der Trauermantel, and the story collection Prague Triptych (whose composition is derived from that of an altarpiece).
Urzidil won a number of prizes in his career, including the Charles Veillon Prize (1957) and the Großer Österreichischer Staatspreis (1964). He died in Rome in 1970.

Bio above data from

There are three more stories in The Last Bell.  I hope to read them all this month.