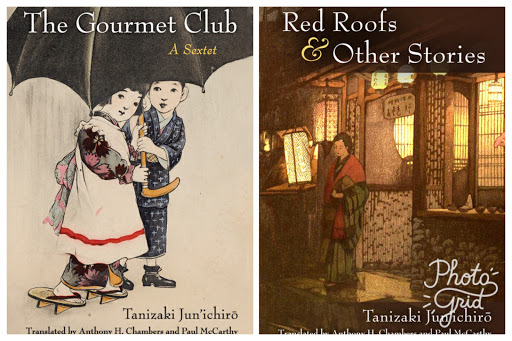 Tanizaki is known for his exploration of sexual themes, in a bolder fashion than most English or European writers of the time.  He writers of obsession, sadism, cross dressing (this has a long history in Japanese culture), domination, role playing, cruelty and disquises. His lead characters, as in today’s marvelous story, are often highly cultured men, deeply into the rituals of Japanese culture.  In the time in which “The Secret” was published, 1909, there was none of relatively open social mixing of men and women found in 1948 when The Makioka Sisters was published.  Normally if a man wanted sex he availed himself of a woman from The Water World, a teashop or for The highly impecunious, street walkers.  The rich employed geishas, most had long term clients.

“The Secret” is a story about a mystery, a sexual relationship in which identities are concealed.  As the story opens the lead character tours rougher parts of Tokyo.  The trip through these areas almost felt like Dickens.  He rents a room and begin to roam The  streets at night dressed as a woman, perfectly attired and betioleted. The lead character, as the story opens, is at a fashionable Tokyo opera House, in a private box, dressed as a woman.  Next to him is a distinquished looking older man, his companion a younger woman.  At first the man wonders if she is geisha, a mistress then he realized she was a woman he had a brief romance with a few years ago.  He slips a note in the folds of her gown suggesting they meet.  She responds on the next night, agreeing  to meet.  A clandestine relationship develops in which she sends
a rickshaw to pick him up and bring him blindfolded to her home where they have sex.  I am leaving the close untold.

I strongly recommend the reading of the short stories of Tanizaki, elegantly presented in the books in the image at the start of this post.

Mel, thank you for an intro to this author and the short fiction of Tanizaki. I will definitely keep an eye out for his work. I hope to read more Japanese literature in the new year.