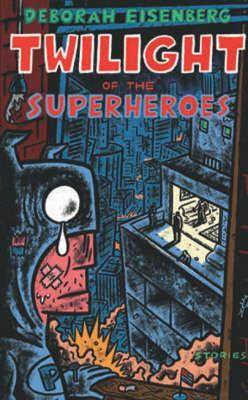 “You see, if history has anything to teach us, it’s that—despite all our efforts, despite our best (or worst) intentions, despite our touchingly indestructible faith in our
own foresight—we poor humans cannot actually think
ahead; there are just too many variables. And so, when it comes down to it, it always turns out that no one is in charge of the things that really matter.”  - from “Nathaniel Recalls the Miracle” by Deborah Eisenberg

“Nathaniel Recalls the Miracle” is the lead story in Deborah Eisenberg’s collection of short stories, Twilight of the Superheroes.  (This story can be read in a Kindle sample along with a few others.)

The Collected Short Stories of Deborah Eisenberg (2010) has 96 stories.  I am quite seriously contemplating a read through of this volume, at the minimum rate of two a month, posting on each.  In this I have been inspired by the


reading and posting on each of the 200 or so short stories of Mavis Gallant of Buried in Print (link above).  This project would take me from two to four years so it is also a gesture of optimism.  Anyway more on this idea latter.

As “Nathaniel Recalls the Miracle” opens a man is in his apartment in New York City.  He is contemplating what he will tell his not yet born grandchild about what happened to the computers of the world when the calendar turned to the first day of 2000.  There was a wide spread paranoia that the computers of the world would all crash creating anarchy.  There were visions of planes falling from the sky, money in bank accounts just vanishing, etc.  Nathaniel wonders how he will explain to his hypothetical grandchildren that it all came to nothing.  He tries to envision the world in which such a conversation will occur and cannot.