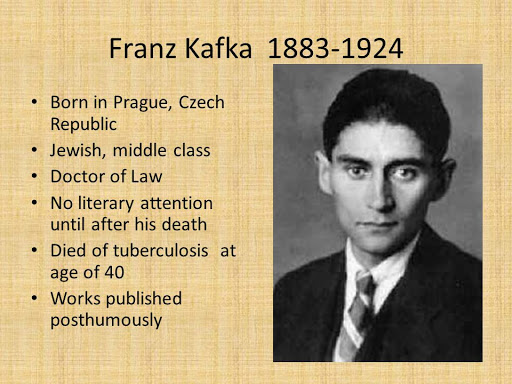 This will be our last post for this year’s German Literature Month, other than the closing post.  I first read Kafka about fifty years ago.  I read his short story “The Hunger Artist”, I can partially recall the plot.  This was, I am pretty sure, the first piece of translated into English German fiction I had yet read.  I have since I began The Reading Life read or reread most of his major works.  I was delighted to be recently given a collection of  Kafka short stories, new translated by the multi-award winning Michael Hoffmsn containing lots of new to me works.

“Investigations of a Dog”, the title story of the collection was a lot of fun.  I do think many people almost take Kafka’s work  too much as an obscure to all but a tiny elite master text.  People allow themselves to be intimidated.  Much of his work is funny and can be enjoyed by anyone with an open mind.  In this story, a long interior monologue by a middle aged smaller than average dog, we are treated to interesting observations on science, religion, government, relationships and much more as the Dog tries to figure out the meaning of life.  Of course food is at the  center  of his life. Everything is very convincingly done from the dog’s point of view.  There are deep levels of meaning in the  story, I think, a commentary on Society but it can be read just for the fun of accepting a dog’s thinking.

Euphemia B. Rodsengraz
The Reading Life

reading K is like being suspended in space; one is almost forced to exist in the present word, speculation being so frequently unapplicable... i think i read this particular story once; i like K in general, although he can be confusing...

I'm one of those readers who tends to think of his work as being inaccessible, even though I did read some of it when I was a student. This story, however, sounds like a delight. I'm particularly intrigued by the description of the dog's size; that detail seems as though it would be quite pertinent!

This does sound like an intriguing tale (especially for dog lovers). I have read some Kafka but I am not familiar with this story.

The short story sounds like something I would enjoy a lot. I have bookmarked a lot of short stories from 'The Reading Life'. I must get to them soon. Thank you for this post. :)

Mudpuddle, an asute comment as always. Thanks so much for your insights

Buried in Print. Kafka is really pretty accessible. I think he maybe one of those writers teaches scare readers away from. Thanks as always for your comment

Suko, this is a fun story. The Dog is really believsble. Thanks as always for your comment

Deepika Ramesh. This is a story perfect for anyone close to their Dog.

Thanks for the reminder. Cheers