"The Assassination of Margaret Thatcher" by Hilary Mantel (2014) 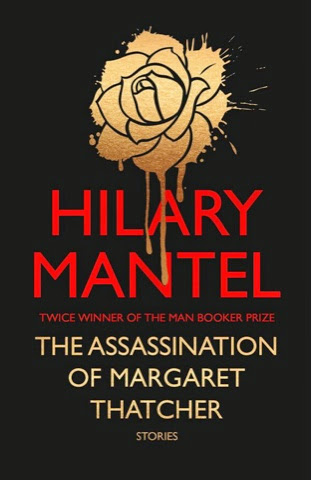 "I said, ''It's the fake femininity I can't stand, and the counterfeit voice. The way she boasts about her dad the grocer and what he taught her, but you know she would change it all if she could, and be born to rich people. It's the way she loves the rich, the way she worships them. It's her philistinism, her ignorance, and the way she revels in her ignorance. It's her lack of pity. Why does she need an eye operation? Is it because she can't cry?''
Debunking idiotic right wing reaction to this story
http://www.salon.com/2014/09/24/hilary_mantel_is_not_a_terrorist_debunking_the_ludicrous_right_wing_backlash_to_her_short_story/
It is not often that a short story plot generates international outrage.  "The Assissination of Margaret Thatcher", the title story in Hilary Martel's new collection of short stories has done just that with its story about a middle aged middle class English woman chatting with and even helping a bit a professional killer who broke into her house as a vantage point to shoot Mrs. thatcher. Martel has stocked the fires, and perhaps sales, by talking to the British press about how much she hated the Margaret Thatcher (Prime Minister of England 1979 to 1990) and how she had fantasied about killing her.    Those who disliked Thatcher were often not just adverse to her very right wing politics but also hated her personally as a worshiper of the rich and many found her personally "phony".  She was also seen as strongly anti-Irish.
The fascination and fun of this story is in the interaction of the assassin and the lady whose house he has illegally entered.  These two people very different worlds share a common hatred for Thatcher.  The killer seems in the pay of The Irish Reublican Army.  He hates her for her political views, the woman thinks she is phony and hates her personally.  The conversations are almost surrealistic in the very unlikely meeting of these two very different people.
This is a very clever creative story I greatly enjoyed reading.  It is online here.
http://www.theguardian.com/books/2014/sep/19/hilary-mantel-short-story-assassination-margaret-thatcher 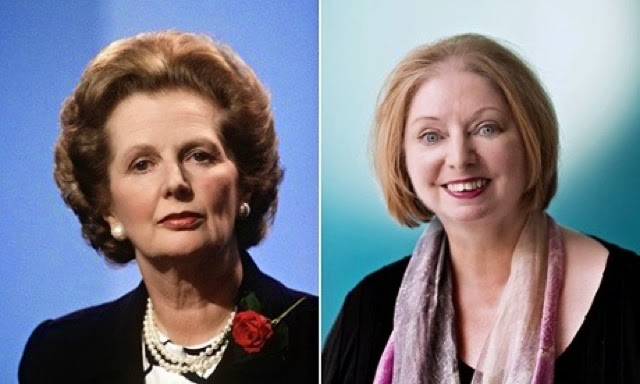 Email ThisBlogThis!Share to TwitterShare to FacebookShare to Pinterest
Labels: Hilary Mantel, U K

Even the few facts in your review were new to me. The book has to be entertaining!

This is the first book of Hilary Mantel's that I'm actively anticipating reading. It certainly is a provocative story and I look forward to the entire collection.

I've never tried Mantel's historical fiction, though I have enjoyed her contemporary novels. Is that the right term for a novel set in the present. It almost seems like novels set in the present will soon be their own genre.

I am a little interested in this one, though it does sound like a set up for a debate rather than a story.