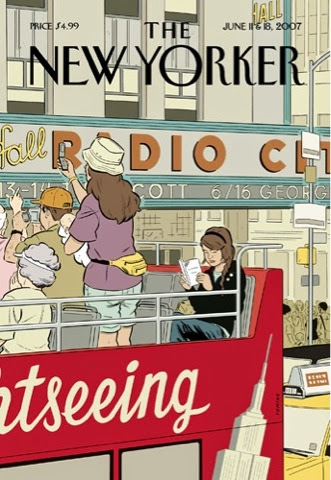 My Posts on Junot Diaz
My great thanks to Max u for the gift of a New Yorker subscription that made it possible for me to read "Wildwood" by Junot Diaz.
Most of Junot Diaz's stories focus on young Domican men living in New York, New Jersey or Santo Domingo.  Their biggest preoccupation in life is finding women.  They are fixated on bodies with a woman with a large well shaped posterior being the biggest prize.   It is all about being macho while in most cases being very devoted to and near dominated by their mothers.  "Wildwood", named for a city in New Jersey, is very refreshingly told from the point of view of a teen aged girl, giving us an insight into how the prey feels about the hunter.
The narrator lives with her mother and younger brother.  Her mother works three jobs to support them and afford a house. The father deserted the mother after three years.   The mother is harshly dominating.  In the culture the oldest daughter is supposed to do a lot of the house work.  The mother becomes increasingly abusive and the daughter longs to run away.  She begins become sexually active and we know the patterns of abuse and abandonment will continue.
There is a great plot in the story which I will leave unspoiled.
You can read it for a while in the archives of The New Yorker.
http://www.newyorker.com/magazine/2007/06/11/wildwood
I think this might be my favorite Diaz story so far.
Please share your favorite Diaz story with us.