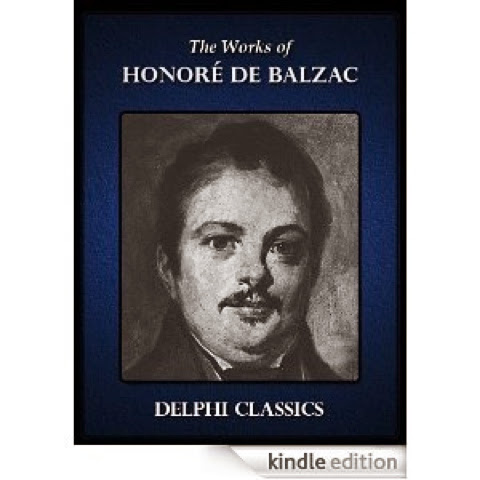 My Posts on Balzac
Today I willl posting on two of the ninety one components of Honore de Balzac's cycle La Comedie Humaine.
I decided to read Lost Illusions at this time for a couple of reasons.   One is that my research indicates it is the longest component of the cycle.  Thus I am "getting it out of the way".  Secondly C. K. Scott Moncrieff said it was the greatest novel ever written and Balzac the most worth reading novelist.  (It should be noted he never read War and Peace).  Unfortunately Moncrieff did not to translate this work for prosperity.
Two Poets is the first part of the trilogy of Lost Illusions.   In it we meet a young poet from the provinces, Lucien.  He is the son of a working class man and an impoverished once aristocratic woman, now a widow.  He aspires to be a poet.  His sister, his mother and his best friend David do all they can to convince him he must move to Paris to develop his talent.  One of the great things about reading Balzac is his marvelous very detailed  descriptions of businesses, artifacts, and people.  Much space is devoted in Two Poets to a fascinating description of the development of a printing business.  The owner of the very successful business is illiterate.  I think Balzac is making a deep point about the dependency of art on commerce.  There is a lot of romantic intrigue and debates about who the young man should marry. As Two Poets ends Lucien is on his way to Paris.  Another grand Balzacian theme is the country versus the city and I think we will see this developed later on.
"Pierre Grassou", reading time about 23 minutes, introduces a reurring character.  Pierre Groussou is an artist of mediocre talent, schooled by great masters.  He ends up being exploited by an art dealer but never the less makes a decent living from his work.
Please share your favorite Balzac works with us
Mel u