A ultra-realistic story by the author of The Dybbuk

One of the things my blog is about is giving what voice I can to the lost, the forgotten, those with no one to speak for them.
My post on The Dybbuk - contains background information on S. Ansky 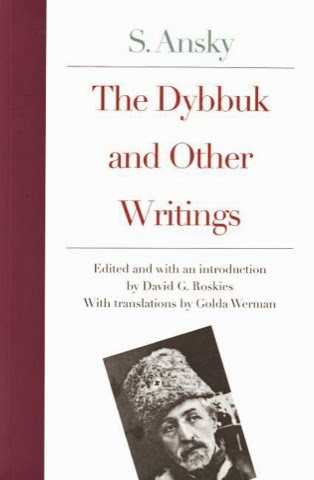 My Posts on Yiddish Literature
S. Ansky (1863 to 1920, Russia) is of great cultural and literary interest.  His life was a fascinating patchwork.  David Roskies does a wonderful job of explaining his great importance and the tumult within his psyche.  I have previously posted on his classic drama, The Dybbuk and one of his short stories, "Go Tell it to a Goy".  His work is now a subject of heavy scholarly interest as perhaps our best window into Jewish life in late Czarist Russia.
"The Tavern" gives us a hyper-realistic darker than Zola look at a day in the life in a tavern in a small town in late Czarist Russia. This is not your Fiddler on the Roof type place.   The tavern, run by two Jewish women, it was considered not fit work for a man, caters to the everyday people of the mixed Gentile and Jewish community.  It is a place where people come to drink very cheap vodka until they are totally drunk, make business deals, get some food, socialize, and act like a big deal in front of everyone else.  The owners quickly size up all the patrons.  A man drinking alone is probably a wife beater, an old begger woman selling some linen is probably a fence and a woman alone in the tavern is seen as either a prostitute or as waiting for her husband to come in so she can castigate him as a drunken bum.  The patrons abuse the owners verbally, drink and eat on credit and use the bar as a second home.  When a petty Czarist inspector comes in the owners suck up to him and when he leaves they curse him.  We see a son and mother at a secluded table, the son trying to console his mother for the beating his father last gave her.  Political meetings sometimes go on in the back room.
I know this sounds grim but it really made me feel I was there and it was just a lot of fun to read this superbly done story.  There is drama and it was fun to see the patrons come and go.
Ansky spent a lot of time in Paris and I can see, or maybe imagine, the influence of Balzac on him.

There are several more short stories in The Dybbuk and other Writings and I look forward to reading them.
I was kindly given the full Yale Yiddish Library by the publisher. 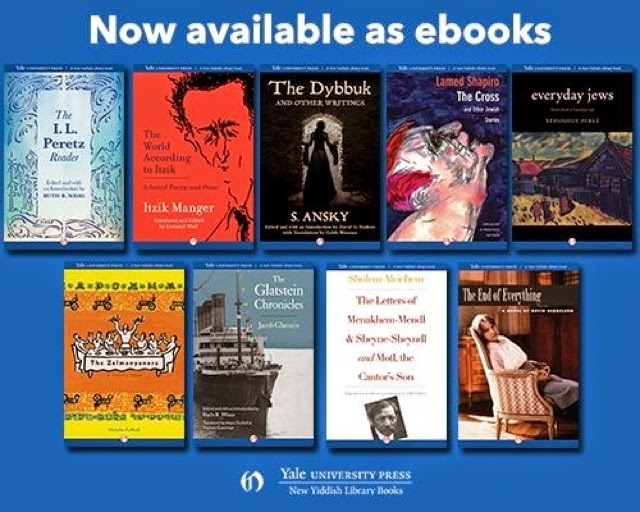 Reading these books has opened up a new reading world for me.  Many of the original readers,and their descendants,of these works, along with the books,  were burned by the Nazis.
Mel u

This short story does sound like it would be interesting and fun to read. I have not read much (any?) Yiddish literature.