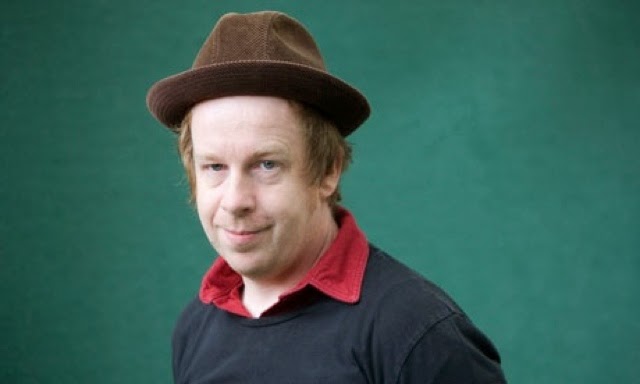 "He had been planting babies all over the Ox Mountains since he was seventeen years old. Well, he had the hair for it, and the ferret grin, and there was hardly a female specimen along that part of the Sligo-Mayo border that hadn’t taken the scan of his hazel glance, or hadn’t had the hard word laid on, in the dark corners of bars, or in the hormone maelstrom of the country discos, or in untaxed cars, down back roads, under the silly, silly moonlight. He had soft girlish eyelashes and pig-ignorant shoulders—sex on a stick, was his own opinion, and too many of the foolish girls, the foolish women, shared it. He kept several on the string at any given time but as soon as they got weight on them he left them."
My Posts on Kevin Barry
Kevin Barry is a risen star of the Irish literary world. I have posted on numerous short stories by Barry. I was happy to find one of his stories I had not yet read in a recent issue of The New Yorker.  My main purpose in this post is to keep a record of my reading and to let my visitors know of the availability of this story online.
"Ox Mountain Death Song" is set in rural western Ireland, in Sligo, Yeat's country.  It centers on a young man, profiled in the quotation, with a bad reputation as an abuser of women and the policeman who is concerned with his potential for violence.  We learn the policeman's father and grandfather were also in the guard and drank themselves nearly to death. The policeman was good friends with a doctor in the local hospital, an oncologist. He told him the young man had terminal cancer.  I will leave the rest of the plot untold.
"Ox Mountain Death Song" brings us a powerful sense of the dark, almost inbred claustrophobic, whiskey ruled world of rural Western Ireland.
You can read the story here, for a while.
http://www.newyorker.com/magazine/2012/10/29/ox-mountain-death-song