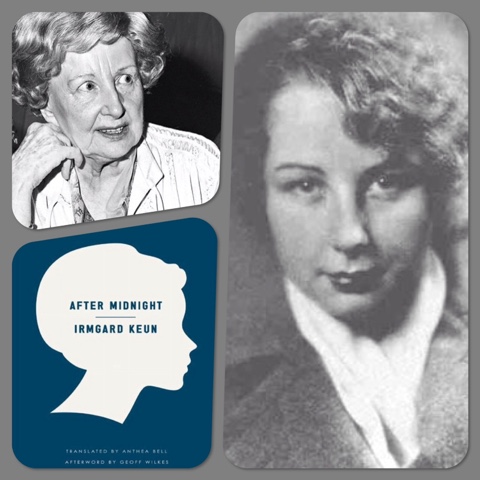 
German Literature Month V
German Literature Month V has only about a week left.  I have greatly enjoyed participating in this wonderful event. I commend and thank the hosts for their hard work.  There are lots of wonderful edifying posts by event participants.
German Literature IV Post Event Celebration. Copiously illustrated
I am debating with myself whether or not we will host a party this year.
Works I Have So Far Read for G L V
1.  Every Man Dies Alone by Hans Fallada. A brilliant recreation of life in Nazi Germany.
2.  Ostend, Stefan Zweig, Joseph Roth and the Summer Before the End by Volker Weidermann. A fascinating social history
3.  Buddenbrook Ths Decline of a Family by Thomas Mann.  Must reading
4.  "The Governess" by Stefan Zweig
5.  Demian:  The Story of Emil Sinclair's Youth by Herman Hesse.  Read the major works first.
6.  The Tanners by Robert Walser. a serious work of art
7. The Hotel Years Wandering Between the Wars by Joseph Hoffman, a brilliant collection of feuilletons translated and introduced by Michael Hoffman
8.  "The Dandelioln" by Wolfgang Borchert.
9.   "The Foundling" by Heinrich Von Kleist
10.  "A Conversation Concerning Legs" by Alfred Lichenstein
11.  A Homage to Paul Celan
12.  "The Criminal" by Veza Canetti
13.  Rebellion by Joseph Roth. Between the wars
14.  The Death of Virgil by Hermann Broch - an amazing work of art
15.  The Artificial Silk Girl by Irmgard Keun.  Sex and the City redone in the Weimer Republic
16.  Wolf Among Wolves by Hans Fallada.  A panoramic view of the Weimer Republic
17.  Journey Into the Past by Stefan Zweig
18.  Fear by Stefan Zweig
19.  "Mendel the Bibliophile" by Stefan Zweig
A few days ago I read and posted on The Artificial Silk Girl by Irmgard Keun (1905 to 1862, born in Berlin).  Keun's books were burned by the Nazis and it is a miracle that she escaped a similar fate.  The Artifical Silk Girl is sort of sort of like a story Dorthy Parker might have written about the life of a young woman in her early twenties on her on in Berlin in 1934 trying to get by on her looks and some flattery. I have seen it described as sort of like Sex in the City meets the Weimier Republic.  In it we see how the culture of Nazi Germany destroyed the self respect of the young woman.
The Artificial Sikj Girl is a very good work, After Midnight a good bit better.  It is the story of two young women in Betlin just before the wR starts.  Anti-Jewish laws were in place and everyone feared being turned in by those around them as a subversive.  The women social prize with Nazi soldiers and try to secure a decent life for themselves by finding men to take care of them.  It is not just about Nazi Germany but about how hard it is to keep your convictions when every day is a struggle just to have food.  The women get in trouble and they have their romances.
This is a lively and exciting novel which I greatly enjoyed reading.  Fans of Vhridtopher Isherwood will love it.
There is one more novel of Keun available in translation as a Kindle edition and I hope to read it in 2016 for German Literature VI.
Irmgard Keun (born 1905 in Berlin, died Cologne 1982) is widely considered the best female novelist of the Late 1930s in Germany.  Her work was banned as subversive by the Gestapo for her satirical portrayal of the impact of hyper-inflation and the creeping evil embodied in the rise of Nazi Germany which brought on a destruction of much of normal morality. She actually was crazy/brave enough to sue the Gestspo for banning her work, of course she lost.
Mel ü

I'm very glad you liked her novels. I've not read thos ine yet but I've heard it's even better than The Artificila Silk Girl.
You've been so busy this month. Amazing.