Tennessee Williams Mad Pilgrimage of the Flesh A Biography by John Lahr. (2015, 784 pages) 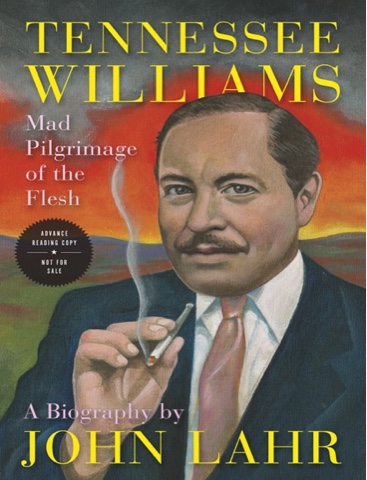 John Lahr's Tennessee Williams The Mad Pilgrimage of the Flesh is a great biography, bringing the American playwright to life for us, and what a life it was!  John Lahr, senior theater critic for The New Yorker for many years, has an in depth knowledge of the American stage.
Tennessee Williams (born 1911 in Columbus,Mississippi, died in New York City in 1983) was a tremendously sucessful  playwright.  Among his most famous plays, all produced on Broadway and made  into movies for which he produced the screen play were his first The Glass Managerie, A Street Car Named Desire, Sweet Bird of Youth, A Cat on a Hot Tin Roof and The Night of the Iguna.  Williams became very rich from his plays.  He also wrote two novels, and a number of short stories and poems. Lahr quotes a good bit from his poems. 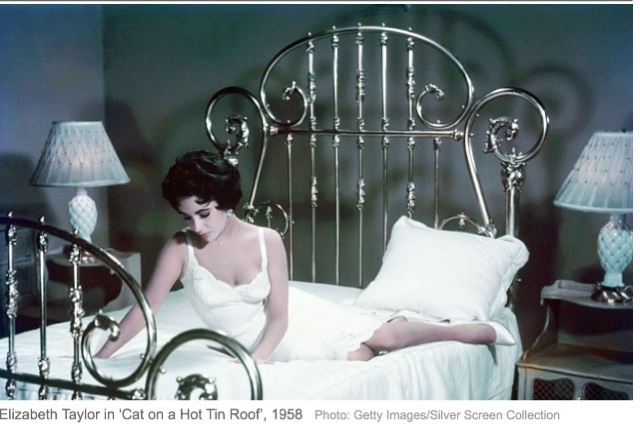 (Any reason to post this pic on my blog works for me.  Elizabeth Taylor and Richard Burton starred in the movie version of The Night of the Iguana.)
Lahr's book does not follow a chronological structure but we do leave it with a complete overview of his life.   We first meet Williams just before the opening of his first play.   Lahr made me feel I was back stage, where the drama was at least as high as it was on stage.
Williams comes from a  dysfunctional Southern Gothic family straight out of a William Faulkner novel.  Lahr shows us how his family impacted the plays.  Much of the book is devoted to his sex and romantic life.  He had a few early relationships with women but soon enthusiastically accepted his homosexuality.  Living in a time before AIDS took much of the fun out having sex with random strangers met on the streets of big cities all over the world, Williams, quoting Lahr, "Binged on boys".  We are with him cruising the bars and streets in New Orleans, London, New York.  Rome was his favorite hunting ground.  One of the things I liked about Williams and Lahr's presentation of him was that he felt joy in his sexuality, not shame in a time before Gay liberation movements.
Lahr goes into a lot of backstage details.  Williams knew lots of the famous and infamous of the theatrical world.  Lahr talks about a number of actors and actresses of the period.  He details tne heavy usage of alcohol and amphetamines by Williams.  Williams was surrounded by enablers that helped him indulge in his destructive proclivities in exchange for a share in the life style of a hyper wealthy celebrity.  Williams had a number of longer term relationships both most seemed close to gold diggers to me.
If you are interested in the American theater circa 1945 to 1975, you will greatly profit from this book.  It is also a valuable edition to American gay studies.  The prose style is lyrically beautiful.  I closed the book really liking this flawed man and looking forward to seeing his movies on cable now that I have read Lahr's book.  It is an information rich work.  Reading it was a pure pleasure.
Tennessee Williams Mad Pilgrimage of the Flesh is a total must for theater buffs.
I was given a review copy of this book. 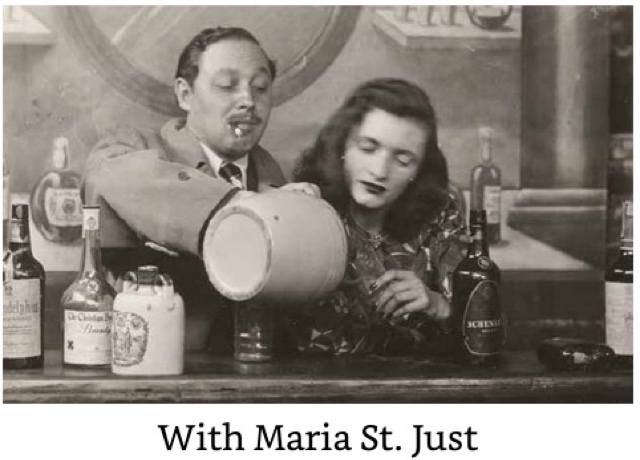 Maria St. Just was Williams "personal assistant" for years, here performing one of her main functions.
Mel u

This sounds like an interesting biography. I have a book on my TBR shelves with three of his plays: Sweet Bird of Youth, A Streetcar Named Desire and the The Glass Menagerie. I think I have actually read A Streetcar... once upon a time, definitely seen the film with Marlon Brando. Although I am not really into reading 'scripts' I am looking forward to read these three. And the biography of course.