"The Criminal" by Veza Canetti (included in Vienna Tales, selected and translated nslated by Deborah Holmes) 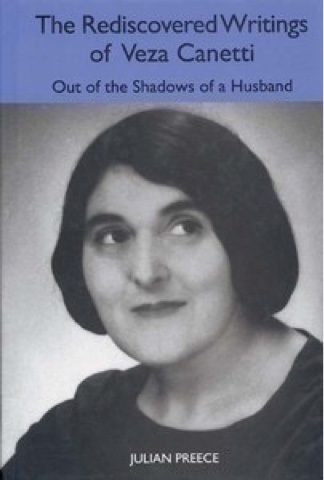 6.  The Tanners by Robert Walser. a serious work of art

7. The Hotel Years Wandering Between the Wars by Joseph Hoffman, a brilliant collection of feuilletons translated and introduced by Michael Hoffman

8.  "The Dandelioln" by Wolfgang Borchert.
9.   "The Foundling" by Heinrich Von Kleist
10.  "A Conversation Concerning Legs" by Alfred Lichenstein

Last November for GL IV I read a simply amazing book, especially given the theme of my blog, Auto de Fé by Elias Canetti.  I will be rereading it soon.  This morning I was looking over an anthology of shorties  I was very kindly given by the hosts for German Literature Month, Vienna Tales, stories translated by Debirah Holmes.  It is part of a series of city story books edited by Helen Constantine and published by Oxford Press. 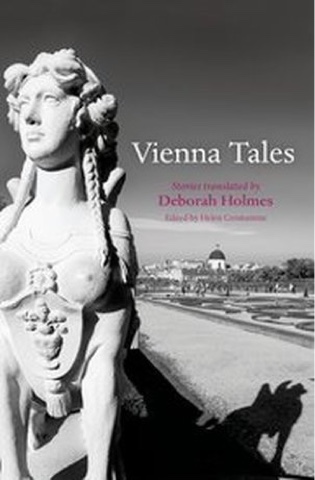 I was pleased and I admit surprised to see included in the anthology a brief story by Veza Canetti (born 1897 in Vienna, died 1963 in the U.K.), "The Criminal".  (The anthology does not provide first publication information but I guess it was around 1925, if you have this data please contact me.)

The story focuses on the owner of an animal training booth at a carnival and his teenage son George.  The son wants to go on some of the rides at the carnival like the giant Farris wheel.  The father does not want to spend the funds for the rides so he tells his son that the rides are dangerous.  We get to see the man at work at the show and that was fun.

The son runs into a big group,of high school students while he is roaming around the carnival.  They are in line for the Ferris wheel but the boy tells them many have been hurt on them and suggests they take the grotto train as his father said nothing about that ride.  After the train rides he tells the boys they must go to the wild animal show, not mentioning his father owns it.  The father is so proud and happy when he sees the big paying crowd his son brings to the show.  Then the boys all go to the ceniema, treating the son to a ticket.  During the show the usher removes a man out who,time stamped ticket was expired.  The son tries to give the man his ticket but is told tickets are not transferable.  The boy then also,leaves the theater saying that his father always says "you don't need to go looking at the bottom of the heap to find criminals".

"The Criminal" is an interesting slice of life story.