Journey Into the Past by Stefan . Collection forthcoming 2016 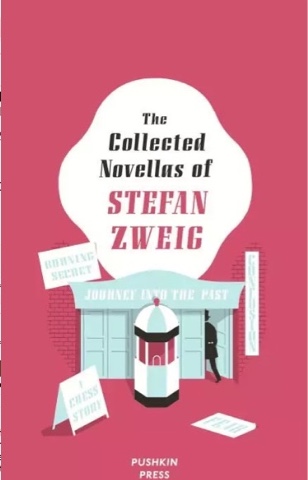 
German Literature Month V
I am estatic to once again be able to Participate in German Literature Month, elegantly and lovingly hosted by Lizzi's Literary Live and Beauty is a Sleeping Cat. This is my fourth year as a participant.   On the host blogs you will find the particularities of the event but the basic idea is to read literature first written in German (translated or not) and share your thoughts.  I began accumulating works for the event soon after the event ended last year and I began reading for it in mid-September.
German Literature IV Post Event Celebration. Copiously illustrated
Works Read for G L V So Far
1.  Every Man Dies Alone by Hans Fallada. A brilliant recreation of life in Nazi Germany.
2.  Ostend, Stefan Zweig, Joseph Roth and the Summer Before the End by Volker Weidermann. A fascinating social history
3.  Buddenbrook Ths Decline of a Family by Thomas Mann.  Must reading
4.  "The Governess" by Stefan Zweig
5.  Demian:  The Story of Emil Sinclair's Youth by Herman Hesse.  Read the major works first.
6.  The Tanners by Robert Walser. a serious work of art
7. The Hotel Years Wandering Between the Wars by Joseph Hoffman, a brilliant collection of feuilletons translated and introduced by Michael Hoffman
8.  "The Dandelioln" by Wolfgang Borchert.
9.   "The Foundling" by Heinrich Von Kleist
10.  "A Conversation Concerning Legs" by Alfred Lichenstein
11.  A Homage to Paul Celan
12.  "The Criminal" by Veza Canetti
13.  Rebellion by Joseph Roth. Between the wars
14.  The Death of Virgil by Hermann Broch - an amazing work of art
15.  The Artificial Silk Girl by Irmgard Keun.  Sex and the City redone in the Weimer Republic
16.  Wolf Among Wolves by Hans Fallada.  A panoramic view of the Weimer Republic
Pushkin Press has been very instrumental in publishing the work of Stefan Zweig in translation.  I salute them for this but I wish so much they would include in their collections date first published information. I really don't think, for example, that readers of his novella, Journey Into the Past should have to use Google to find Zweig began working on it in 1924 and kept  polishing it but never had it published.  It was in fact first published in 1976. 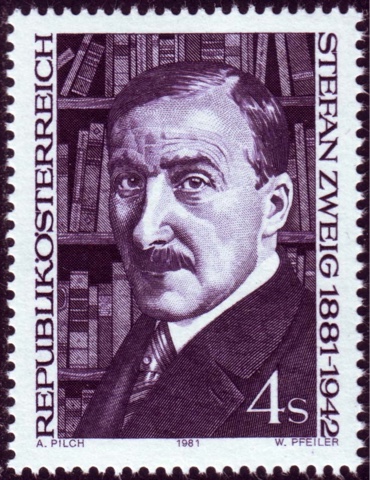 Journey Into the Past is an intensely romantic work.    Ludwig, the central,character, is a young engineer when the story begins.  He is so hard working that the owner of the huge corporation he works for offers him s position as his personal assistant.  The job requires he move into the mansion of   his boss.  He develops a  relationship with the owner's wife.  They fall deeply in love, they kiss but they never have sex, being constrained by morality.  One day the boss offers him a job running a big mining operation in Mexico. He will have to be there for two years but he will be handsomely rewarded and given a top position in the company when he returns to Germany.   He hates to seperate from his love but he really cannot turn down this job.  He moves to Mexico and throws himself into his work, counting the days until he can go back to Germany.  He writes his love a long letter everyday.  He lives for the letters she sends him.   Just a few days before his return he gets the terrible news of the outbreak of World War I, German subjects have no way to get back home.  He is crushed but he throws himself into his work.  He no longer gets letters from the woman.  Time goes by and he gradually thinks of her less and less.  He marries a woman from a nice German family living in Mexico. He has sons.  He continues working for the company.  Eventually the war is over.   Soon he is asked to return to Germany to negotiate the closing of some very important business deals. He returns to Germany.
He, against his better judgment as a married man, calls tne home number of his old boss, after nine years it still works.  He finds the woman's husband and son were killed in the war.  At first the meeting is not totally comfortable for either, the man sees she has aged and he does not know if she still feels a passion for him.  He wants to at last have sex with her.  She agrees but she asks that they go to another city so they can have privacy.
The story is very well narrated but there nothing so far real remarkable about it.  Then something exciting and for sure not something we expect in a work by Zweig happens.  An endless prade passes in from of the hotel, the marchers are carrying red banners with swasticas on them.  The man has been gone so long he is shocked by the implications of the event.
The story is very much about trying to return to old emotions, the role of memories voluntary and otherwise.
This story is very exciting, some will say it is over done but that is not my feeling.
There are five novellas in this collection,   Here is the table of included works.
Burning Secret, A Chess Story, Fear, Confusion, and Journey into the Past.
I have already read and posted on the first two and hope to work the other two in this month. 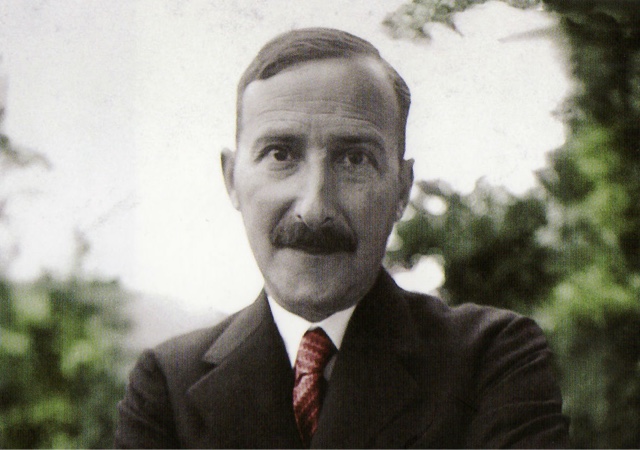 I was given a copy of this book for review purposes.
Mel ü