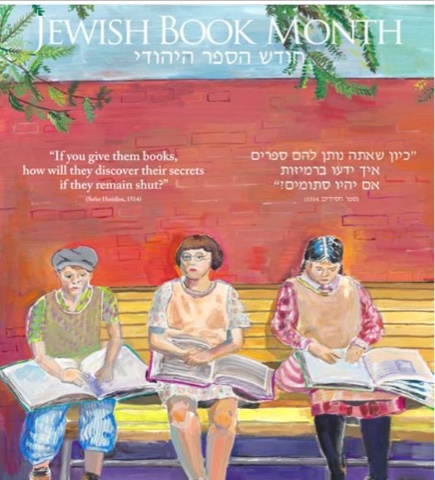 A joint post for Jewish Book Month and German Literature Month
Today I am very happy to be able to post on the memoirs of Coco Schumann, international jazz legend and member of a band that played in German concentration camps.  Ghetto Swingers Memoirs of a Berlin Jazz Legend fits in perfectly with two world wide November literary events.  German Literature Month is an online event hosted by two great book bloggers, Jewish Book Month began in the Brooklyn Public Library in 1925 and is a USA event run by the Jewish  Book Council to encourage wide spread reading of books focusing on the cultural heritage of Jews. 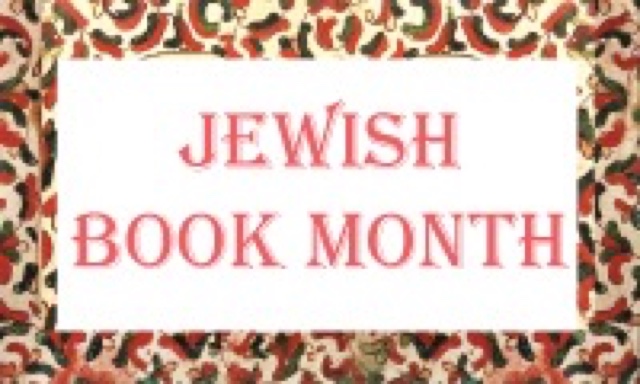 Jewish Book Month
From The Webpage of The Jewish Book Council
"In 1925, Fanny Goldstein, a librarian at the West End Branch of the Boston Public Library, set up an exhibit of Judaic books and used it as a focus of what she called Jewish Book Week. In 1927, the event was adopted by communities around the country. During its first fifteen years, the annual date of the program coincided with the holiday of Lag B'Omer or Shavuot, regarded as a scholars' festivals. In 1940, the event was moved to the pre-Hanukkah, so as to promote books of Jewish content as Hanukkah gifts. This timetable remains in place to this day. Jewish Book Week became so popular and so filled with activities that it was extended to a one-month period in 1943." 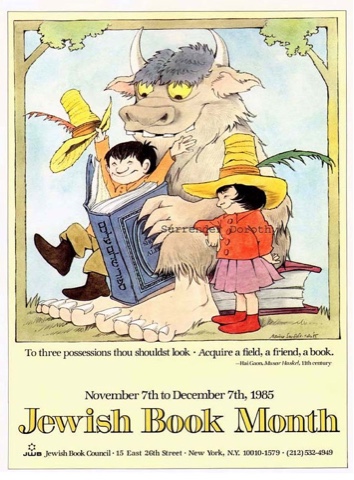 Every year they have a new poster, I really like this one!
Say what you want, the Holocaust is the central event in modern Jewish cultural identity.  This binds German and Jewish history.  As I read German language literature I wonder was Joseph Roth right when he said, in 1933,
""Prussia, the ruler of Germany, was always an enemy of the intellect, of books, of the Book of Books—that is, the Bible—of Jews and Christians, of humanism and Europe. Hitler’s Third Reich is only so alarming to the rest of Europe because it sets itself to put into action what was always the Prussian project anyway: to burn the books, to murder the Jews, and to revise Christianity."


German Literature Month V
My knowledge of the jazz bands and musicians of the 1930s is very limited.  My feeling for the great cultural evil of the Holocaust is personalized for me by the death of Iréne Nemirovsky at Auschwitz.  I knew the Nazis burned many books and greatly restricted the publishing industry.  I knew many Jewish writers like Stefan Zweig, Herman Broch, Joseph Roth and Stefan Zweig went into exhile.  What I did not know was that the Nazis also censored much music.  They regarded Jazz music as played by artists like Bennie Goodman and Louis Armstrong as the products of corrupt races.  Schumann does a wonderful job of taking us on tour of the Berlin nightclub world.  Schumann was just a young man when he first started playing in clubs and for him it sure beat being a laborer or a cook and the Weimer ladies took to the movie star handsome Coco with great fondness.  It was a fast life style and Coco loved it.  He met many of the greats of the Jazz world when they came to play in Berlin. He was a drummer and a guitarist.  Musically he was incredibly talented. 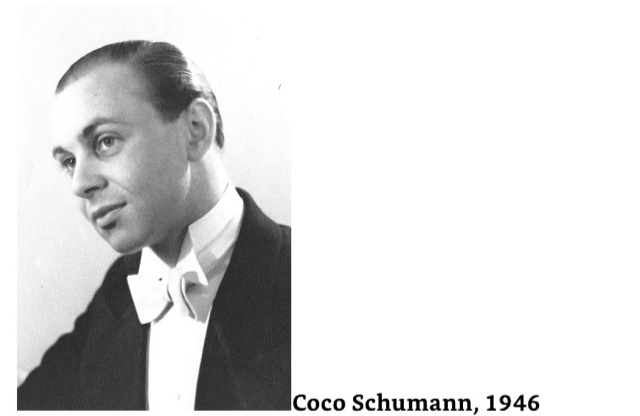 Sadly he was arrested as a Jew and sent to a death camp.  His miraculous survival was owed to his musical talents.  He was in the Terizen Concentration Camp.  The Nazis used this camp to show international organizations like the Red Cross that inmates were treated quite humanely.  (I was very saddened to learn that many Jews were marketed spaces in Terizen almost like it was a Club Med, being charged huge fees for what they were told  guaranteed their safety.) The camp management and guards wanted to have a band for their own enjoyment, to pacify inmates and to show outside observers how well Jews were being treated.  Schumann joined a band given the name The Ghetto Swingers.  The concentration camp had a large number of musicians including many top classical musicians as well as Jazz and Swing style performers.  Any day now in a camp could be your last but Coco survived through his music, his networks of other musicians,  his robust strong young health and his high intelligence. 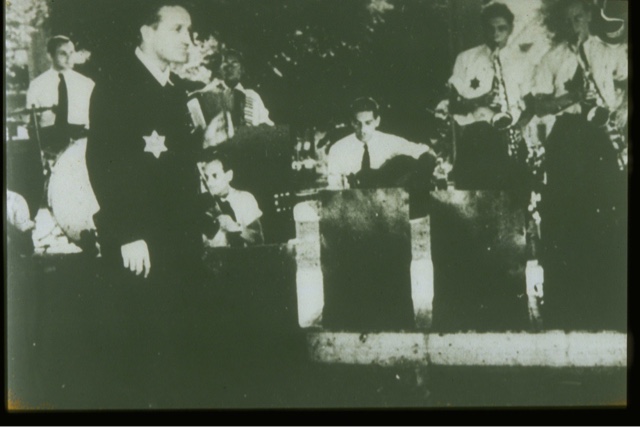 There is much about day to day life in the camps.  Schumann was released at the end of the war and he  went  back into the night club scene, at first fueled by American money and German women eager to meet allied soldiers.  It was kind of like a terrible miasma of gloom had been lifted from the city.  Schumann meets and falls in love with a wonderful woman.  He marries.  He is not terribly comfortable as a Jew in Germany, who would be, and with the help of some contacts, he and his wife emigrate to Australia.  At first he does construction work, where you worked as an emigrant was mandated by the Austrslian government, but he soon hooks up with other musicians and becomes quite a success.  However, he gets homesick for Germany and he and his wife move back.  Coco goes on to achieve international status as a jazz guitarist. 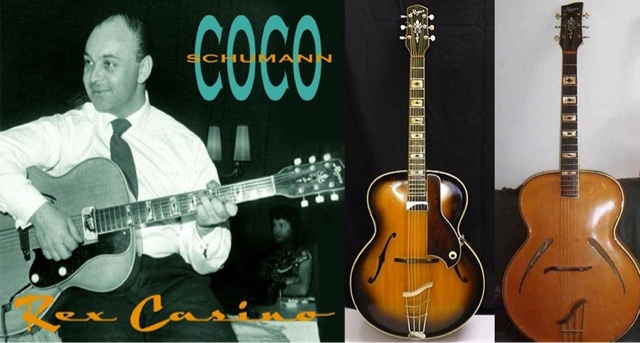 To me the most fascinating aspect of the book was learning how the Nazis turned on Berlin musicians as well as the account of how music saved his life once he was in the camp.  There was more to the Nazis war on culture than book banning.
The Ghetto Swingers is very well narrated, the translated prose reads smoothly.  It is an important addition to English language Holocaust Memoirs.   I am glad I read it.
Mel u

Thanks for this very interesting review. For those who read German, here is a recent interview with Coco: http://www.zeit.de/2015/44/coco-schumann-interview-eckart-von-hirschhausen-jazz-auschwitz/komplettansicht