Buddenbrook The Decline of a Family by Thomas Mann (1900, translated byJoseph E. Woods, 1993)

My great thanks to Max ü for the Amazon gift card that allowed me to read this book. 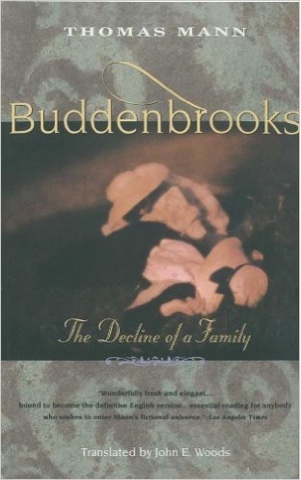 Buddenbrook is a grand flowering of the tradition of realism in the European novel.  I see it, as do many, as among the greatest novels of all time.  I have previously read and posted on Mann's best known novel, The Magic Mountain, his novella Death in Venice and one of his short stories.  It took  about 200 pages of the 732 for me to be fully drawn into the life of the Buddenbrook family but by midpoint was completely mesmerized by this wonderful novel.

Buddenbrook is the story of four generations of a wealthy North German merchant family.  There are a lot of wonderful thinks to like about this novel.  The people are all beautifully developed, they change overtime and are influenced by events and each other.  Each character is very well described.  There is a lot to be learned about German society.  There is a, to give an example, a very exciting scene set in 1848 where a mob of citizens tries to over throw the social structure.  In one brilliant small detail, one of the maids of the Buddenbrook family tells her mistress that soon their roles will be reversed and Madame Buudenbrook will soon be doing her laundry.  Needless to say she is fired at once. 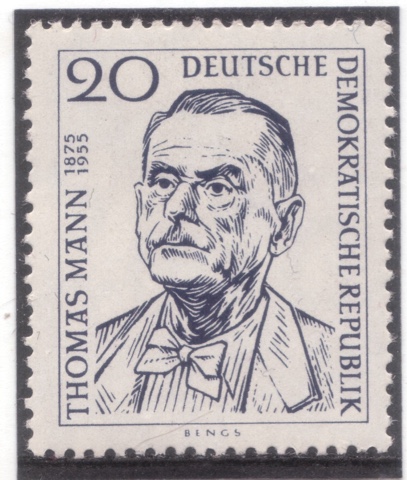 Here are some of the characters.  After the death of his father, his grandfather started the firm, Thomas Buddenbrook runs the business and is the head of the family.  His mother has a powerful influence on him.  We see her overtime become more and more drawn to the teachings of the church.  The oldest daughter, called Tony, is very interesting.  She is forced into marriage with an older man she hates.  This ends in divorce, quite a scandal at the time.  She moves home with her daughter Erika.  We will follow her life for thirty more years.  There is the younger brother Christian.  Unlike Thomas and their father, he is not really interested in business.  He goes to work in Valpariso for a longtime, returning for the funeral of their father.  The estate is divided between the two brothers, Tony, and another sister that plays a less important role. Thomas is to run the business.  Christopher loves the theater, and is a familiar of the demimonde world.  He has lots of vague sounding illness.  It is agreed he will work in the office of the company, handling the English correspondenence.  He does not like working there and Thomas and he end up having a terrible very well done fight and Christian leaves the firm. 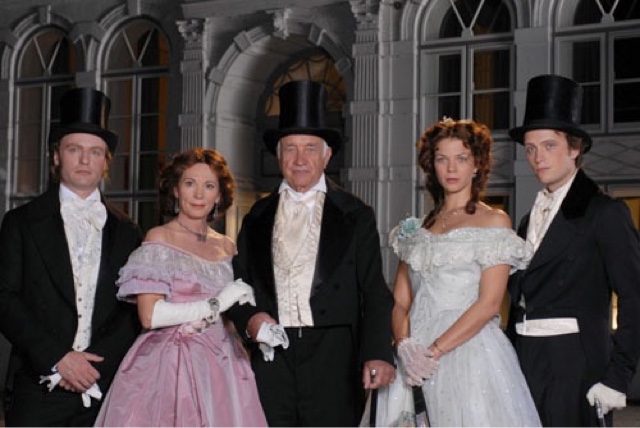 If you like descriptions of food, then you will find a lot to like in Buddenbrook.  There are wonderful minor characters.  Toward the close there is a long section devoted to the school whereThomas  Bruudenbrook's son goes whch is just perfect.  I really felt I was there.  The son is a musical prodigy, lmore fey than a young Buddenbrook boy should be, his father finds him a disappointment.

Death is a constant companion of the Buddenbrook family.

There is much more in this rich novel that I have touched on.

This is a truly great novel. It has been several years since I read The Magic Mountain so I cannot really say which one I prefer.

I completed this book on September 20 but decided to delaying posting on it for German Literature Month V.

I hope those who have read this or other works by Thomas Mann will share their experience with us.

Have you seen the movie?

Every year I read (or re-read) at least one book by Thomas Mann, the grandmaster of hypotaxis. Right now I have Joseph and His Brothers on my night table, but after that I will return to the Buddenbrooks. This family saga is his most accessible work and the ideal starting point to discover the continent Thomas Mann.

Mytwostolinki. I mostly only e read. I saw a novel by Mann, His Royal Highness, on sale for $2.95. I was wondering if you have yet r ad this work?