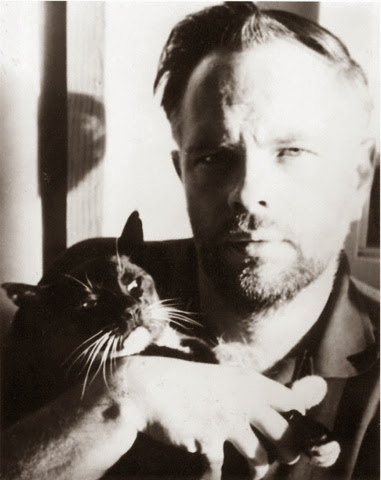 Philip K. Dick (1928 to 1982, born in Chicago) was an extremely prolific writer of science fiction with 44 novels and 121 published short stories. His influence on Sci-Fi world wide is huge.  I think his most famous work is Do Androids Dream of Electric Sheep.  Living in relative poverty, Science Fiction publishers did not pay very much, he sadly did not live to profit from the eleven Hollywood movies made from his works including my candidate for greatest movie vision of the future, Blade Runner.  I was very kindly given an anthology of his early short stories and I decided to read his very first published story, "Beyond Lies the Wub", first seen in Planet Stories in July 1952.  I think by looking at these covers we can gauge the target audience for the stories in Planet Stories. (actually I just liked them a lot so I put them in the post.) 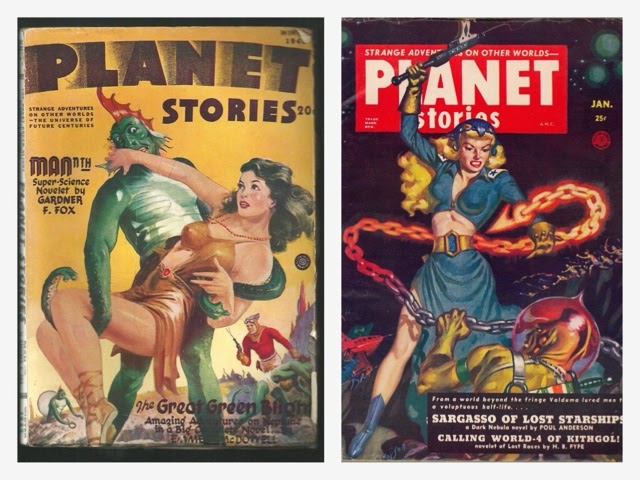 As "Beyond Lies the Wub" opens a crew of explorers is getting ready for the long Journey back to earth.  One of the crew members brings aboard a 400 pound pig like animal he bought for fifty cents.  It turns out the Wub has powers of telepathy and can seemingly speak.  He first voices himself when he hears the captain suggesting they should cook and eat him.  He and the captain end up speaking of Ancient Greek myths.  The Wub tells the captain he is not actually speaking but is inside his mind.  He has learned English through telepathy and knows all the captain knows.   The story takes an intriguing twist when the Wub is in fact served as dinner at the captain' stable.
I enjoyed this story.  This is my first read in the author. I may read more of his short stories.  Please share your experiences Sci-Fi with us. 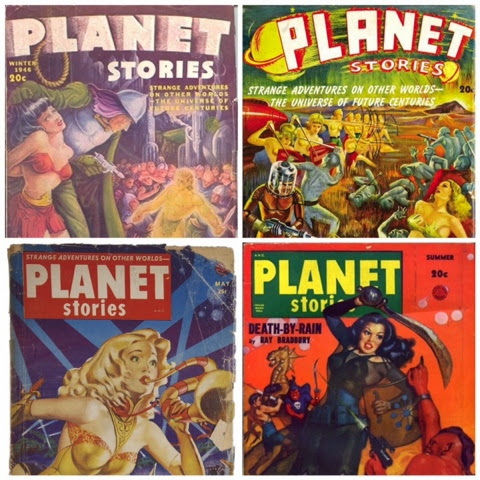 There is something about these old covers I like.