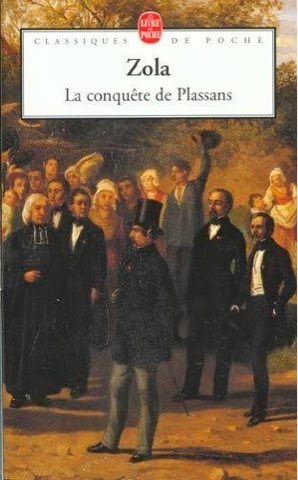 The Conquest of the Plassans is book four in Emile Zola's Rougon Marquart Cycle.  (Book three is The Belly of Paris, sometimes translated as The Fat and the Thin, upon which I have previously posted.). It is set in the imaginary French town of Plassans, where the cycle begins.  One of the grand themes of Zola seems to be the long term impact of what he seeks as cogenital mental deficiencies on descendants.  Marriages between cousins were quite common in this period.  Anyone descended from the Marquart side of the family seems doomed to a bad end and to have criminal tendencies and mental health issues.   Some of the descendants, like the daughter in this novel, are developmentally challenged. At the time to have a retarded child was a disgrace and such people were figures of fun.
The lead characters in The Conquest of Plassans are Francois Mouret and Martha Rougan, descended from the Marquart side of the Rougans.  She has a vaguely specified mental illness and is prone to extreme devotion to Catholic priests and what Zola depicts as religious hysteria.  Zola is anti-clerical and few priests, Abbes, come off well.  The Mourets are prosperous enough but still could use more money so the husband decides to lease a room to a priest.  From this terrible mistake the sort of sinister seeming  priest sets in motion a series of events in which he slowly takes control over the people of Plasssns and ends up bringing terrible tragedy down on the family of Francois.
This was an exciting novel. It was quite politically controversial in its time for its extreme negative portrayal of the Catholic Church and it's cleric, depicted as power craving and devoted to their own welfare rather than their flock.  Religious devotion is seen as a form of mental illness almost. 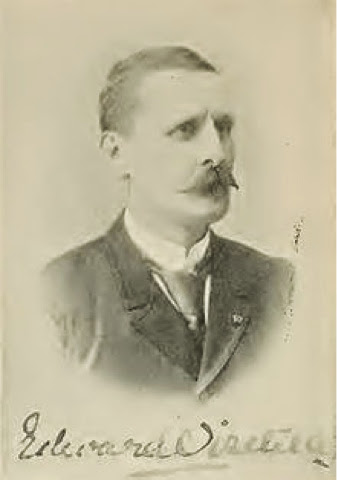 Ernest Vizetelly
The next novel, Abbé Mouret's Transgressions, also centers on a priest so it will be interesting to see how Zola's attitude toward the church  plays out.  The priest is a son of the couple in today's novel, Serge Mouret.  I know he will manifest the defects of the Marquart line and am looking forward to reading on in the great cycle.