The Impossible Exile: Stefan Zweig at the End of the World by George Prochnik (2014, forthcoming) 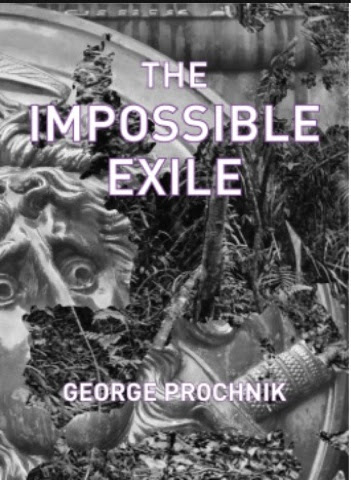 Stefan Zweig (1881 to 1942) was in 1930 one of if not Europe's most popular contemporary author.  His works sold millions and were translated into numerous languages. He wrote every thing from romance stories to deeply learned commentaries on the great writers and thinkers of Europe.  I have read and posted on his novella Chess Story, his autobiography, The World of Yesterday, and a few of his short stories.  It appears the recently released  movie by Wes Anderson The Grand Budapest Hotel based loosely on the work of Zweig, is bringing him some attention. For decades he was neglected and it is wonderful to see him once again being read.
I learned a great deal about Zweig, his life, his work, his family background (he was born into significant wealth) and the literary, political world and cultural world in which he grew up and inhabited from The Impossible Exile: Stefan Zweig and the End of the World by George Prochnik. It is a model literary biography and much more.   Zweig was born in Vienna to a very cultured and wealthy Jewish family.  In the 1920s and 30s  Vienna was considered the most tolerant hospitable place in Europe for Jews.  It was a beautiful pan-European city where the arts and commerce flourished in a very cosmopolitan milieu of mutual respect and tolerance.  Jews felt safe and accepted there more than elsewhere in continental Europe.  Austrian Jews thought, even as Nazism took hold next door in Germany, that their Austrian citizenship would protect them.  Zweig loved Vienna and thought of himself as a keeper of European culture.  Prochnik's deeply researched  book lets us see how the takeover of his beloved Austria so destroyed Zweig's world that he was eventually driven to a joint suicide with his much younger second wife while in exile in what seemed to be a tropical paradise, Petropolis, Brazil (a sea side community near Rio de Janeiro). 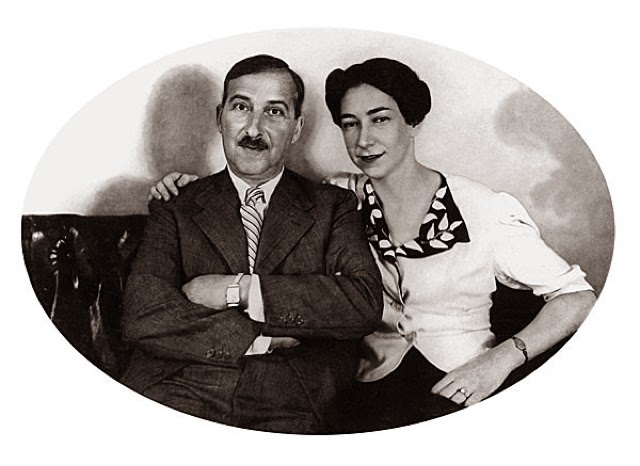 (Stefan and Lottie Zweig, 1940, taken in Rio)
Prochnik's book is incredibly informative and beautifully written.  I am not really inclined to recap the history of Zweig's attempt to find a permanent home after he felt the Nazi rise in Europe and takeover in Austria meant he could no longer live in his beloved Vienna.  We see him in New York City, as a kind of benefactor to less fortunate financially refugees, on lecture tours in America, traveling with Lotte over much of the country.  I admit I was shocked to learn that Zweig could easily attract 1000s of people to his lectures.  He was a very fast writer and continued to sell lots of books.  His work ranges from master works to near hack jobs.  It is not totally clear how much money he had and how he managed it while traveling, I would have liked exact details and to have had the economics of his book sales spelled out, but he had more than enough to live adequately and help others, like Joseph Roth.  Prochnik does a good job of telling us what is know of Zweig's sexuality and accounts of his possible sexual encounters with men.
I have spent time in the place where Zweig last lived, a now fashionable resort community near Rio.  It is an incredibly beautiful place, Zweig was stunned by the beauty of Brazilians and loved what he thought was a society free of racial hatred.  He loved Brazil and wrote a book describing it as the country of the future.
There just is so much to like about this book. I cannot cover it all but will talk a bit a
more about why I recommend it to all interested in Zweig (of course), but also European literary and political history from 1920 to 1930, any one who wants to see just how tremendous Jewish contributions to the best of Europe were and increase their understanding of the nature of emigrating. Hanging over it all is the terrible ending we know is coming, both for Austrian Jews who do not get out and for Stefan and Lotte.  Prochinik does as much as he can to help us understand why the Zweigs committed suicide.
Prochnik describes how his family left Europe to get away from the Nazis.   He explains the hardship of the Jewish emigrants, many of whom were very educated and successful men who had to start over often in menial jobs.  He explains how this impacts marriages and parental relationships.  He takes us along as he wanders through Vienna while researching for his book.
Zweig has had his denigrators.  Hannah Arendt basically said he never came out from behind his wall of wealth to understand the real plight of people caught up in the holocaust.   I can see this.  This book is not an elegy to a perfect man, Prochnik lets us see a complete person, a man that could not survive what he perceived as the death of European culture.  He who loved his life of wealth, loved being lionized as a great writer, loved the crowds that flocked to his lectures and being a father counselor and helper to many refugees. His relationship to his wives and stepdaughters were complicated.  I did not feel Lotte needed to die and it is hard to not castigate Zweig harshly for her death by suicide.  It seems totally senseless and perhaps very selfish.  Zweig comes through  as brilliant, the beneficiary of a privileged life and a person  of deep culture destroyed by his own weakness as much as anything else.
There is a lot in this wonderful book I have not talked about.  It really is must reading. I will read not just Zweig with more understanding now but numerous other wonderful writers from the once great Austro-Hungarian Empire.
You can learn more about Prochnik on his webpage
http://georgeprochnik.com/

Stefan Zweig's non-fiction, including his autobiography The World of Yesterday, is now available in eBook form from Plunkett Lake Press: Stefan Zweig eBooks

This sounds very interesting! I just joined a Zweig reading group on goodreads and have been wanting to read more by Stefan Zweig and about him. It's on my wishlist now.