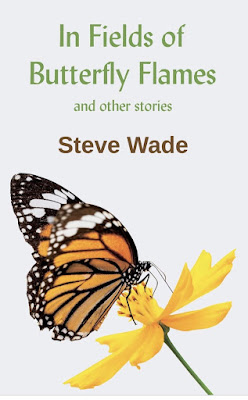 Gateway to Steve Wade on The Reading Life

My Q and A with Steve Wade

This is the eighth short story by Steve Wade that has been featured on The Reading Life. I have great admiration for his work and insight, otherwise I would not feature him so avidly.  I first read his work during Irish Short Story Month Year Three in March of 2013.  I found his short story “The Land of the Ever Young” fully qualified to stand with the great occult fairy tales of Sheridan Le Fanu or Andrew Lang.

First and foremost 'The Land of the Ever Young" is a tremendous lot of fun to read.  Joseph Sheridan le Fanu or Andrew Lang

have no better stories than this.

Downing Out in New York is the third story from Steve Wade’s debut collection In Fields of Butterfly Flames and other Stories upon which I have posted.  The story centers on an Irishman who was drawn to New York City by his girlfriend.  It is a cautionary tale of how quickly a grip on reality can be lost.

As the man sees it his ex-girl friend lured him to leave Ireland to meet her parents in New York City,  She then has one of her girlfriends lure him into a sexual encounter in a hotel room. The girl friend goes nuts, attacking him and The other woman.  She knows his visa has expired and threstens to have him deported as an illegal alien.  He loses his temper and strikes her,  Now she says she will get him arrested for assult.  He flees the hotel with no money, no wallet and Without his vioilin.  He was a busker back in Ireland.  From here we follow his days on the streets of New York.

In just a few Wade presents a very vivid  credible account of the start of madness.

There are 21 stories in the collection.  In March I will be focusing once again on Irish Short Stories and will teturn to this marvelous collection then. 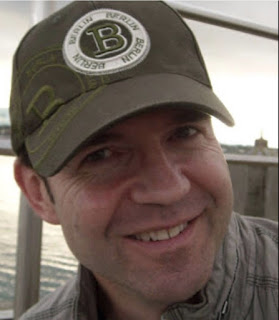