Narrative Non-Fiction from my 2020 readings - 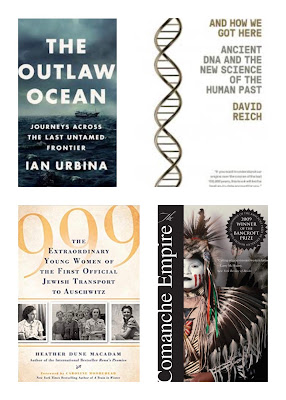 Narrative Non-Fiction from my 2020 readings

Best four of my year

April, May and June were slow reading months for me, I read no non-fiction during these three months.

What a fantastic lineup! I'm interested in many of these (the only one I've read is the Urbina one). And I love the title Books Promiscuously Read (even though it sounds like one of the lighter volumes)!