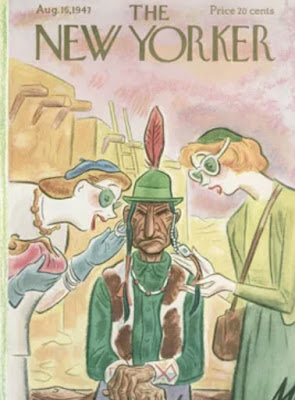 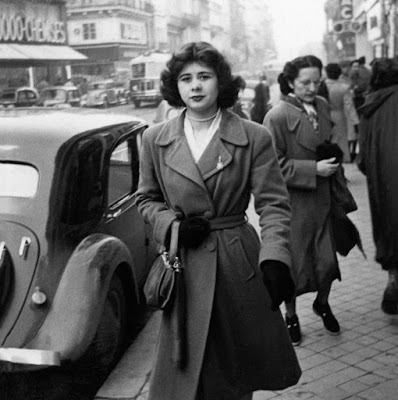 At age 16 writes a best selling novel The Shoreless Sea

In August 1938 she begins to write for The New Yorker.  From 1939 to 1945 she was their London Correspondent..  The New Yorker had first refusal on her work.  Ultimately she would publish 852 items in The New Yorker.

Last month I read Good Evening, Mrs Crave - The Wartime Short Stories of Mollie Panter-Donnes - published by Persephone Books 1999 and loved it.  Written during the war before the outcome was known I drew from it a sense of connection to our Pandemic times in which people are learning to cope, getting by on less.  The people in her stories are privileged, just as her New Yorker readers mostly were and as honesty requires I acknowledge the same about our family in Metro Manila.  I have been under lock down since March, mandated by family as I am of a vulnerable age.  Like the people in Good Evening Mrs Crave I have occasionally felt deprived but I know with millions suffering real hardship here my issues border on the silly.  Anyway Panter-Downes also wrote, I think about ten, all published in The New Yorker, stories set in post war England.

Minnies Room, 1947, is included in a very good anthology, The Persephone Book of Short Stories, I recently acquired.

The opening paragraph perfectly sets the tone of the story:

“Minnie was an ugly little Londoner who had been cook to the Sothern family for twenty-five years. She had come to them ‘just a raw girl’, as Mrs Sothern was fond of explaining. The way she said it made Minnie sound like a lump of something dreadfully unappetising that Mrs Sothern’s skill had converted into a masterpiece of a dish. The words seemed to imply that the Sothern ladies, between them, had taught Minnie everything she knew. The truth was that Minnie was that extremely rare thing among the English, a natural magnificent cook, who would have found her medium and her style whatever happened. Before the war, her dinners were memorable, and Mr Sothern would say to his wife that though Minnie’s cooking was, of course, nothing like the French, when it came to something solid, like a roast the English. He was a big man, leaning, with Minnie’s assistance, toward corpulence. All the Sotherns were substantially built, and their house in Bayswater was veiled with muffling plush curtains and full of large, softly curved objects filled with down, covered with rosy glazed chintz, or padded with leather. Even the china figures in the drawing-room cabinets contributed to the overstuffed effect, representing, as they did, bonny, plump shepherdesses and well-fed sheep. When you entered the front door and planted your feet on the thick Turkey carpet, you breathed comfortable virtues in the air along with a whiff of whatever delicious food Minnie was cooking..”

The plot unrolls when the hitherto unthinkable happens, after 25 years Minnie gives her two week notice. 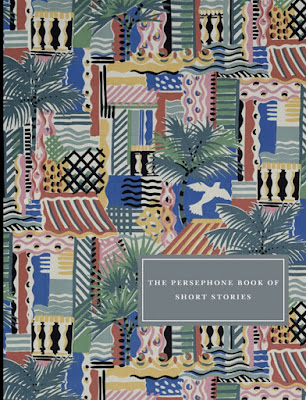 I think the collection of short stories The Persephone Book of Short Stories might be of interest to many in the group. Of the thirty stories in the collection dating from a 1909 story by Susan Glaspell, an American up to a story by Penelope Fitzgerald from 1986.  Only Mollie Parker-Downes has two stories.  There is one story in translation from the French by Irene Némrovsky. Fourteen of the writers seem to be in the Undervalued British Novelists 1930 to 1960.  There is a concise biography of each writer as well as first publication information on the stories.

She is a wonderful writer and journalist. Her wartime reports will be appreciated in the current restrictions due to Covid. She wrote a novel too which is well worth reading. It is pleasing that like Barbara Pym her reputation is being thoroughly recognised.

Lyngate. Thsnks for your comment, i only discovered Mollie Panted-Downes Last Month. I do hope to read her novel soon.