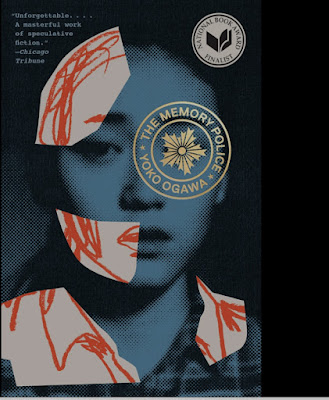 My first encounter with Yoko Ogawa was during Jl3 in March of 2010.

The Memory Police takes place on an unnamed island where things are disappearing, starting with hats, ribbons  birds and roses.  Most people have no memory left of the disappered things, those who do are dealt with by the memory police.  The Menory Police are a Gestapo like organization.  The narrator is a novelist.  Her editor is being sought by The memory Police so she decides to hide him.  Gradually more and more things begin to disappear including human body parts.  Things get stranger as the plot  proceeds.

I found Tbe Memory Police very interesting.  We never have a clear idea of why this is happening, just a few speculative notions. 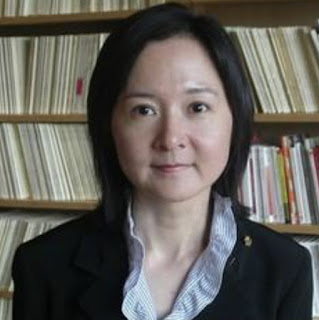 About the Author Yoko Ogawa’s fiction has appeared in The New Yorker, A Public Space, Granta, and Zoetrope: All-Story. Since 1988 she has published more than twenty works of fiction and nonfiction and has won every major Japanese literary award. She lives in Hyogo.

I Will next read for JL14 a noir novel THE LADY KILLER by Masako Togawa Translated by Simon Grove, first published in 1963.

Sounds like an interesting read. Dystopian novels can sometimes be quite frightening. It sounds as though this might be suspenseful.

Gretchen, thanks for your comment - I just followed your very attractive Blog via E mail.

I read this for the Booker International Prize 2020, as it was long listed (and, I believe, short listed). I remember being intrigued as to how/why Ogawa made comparisons to Anne Frank and Germany under the Nazi regime. But, memories are elusive things, and sadly, they can change under different circumstances. I have read of spouses who were unhappily married, but when the other died, suddenly things were wonderful in their past. Worse, is when our memory can change things into terrorizing thoughts of regret or sorrow. It was a very intriguing book, even though I have a special fondness for The Housekeeper and the Professor.

This is one I'm definitely interested in reading: it's been very popular and the library lists are long, but I'm fine to wait because I have a few other things to read. (Hahaha)

By the way, there's a pop-up that arises when I attempt to comment now, that's new for me to find on your site; I have to clear ('x', close) the pop-up before I have the opportunity to leave a comment on this page. Hopefully that doesn't confuse newcomers here because you can't even see the comment page until you've dismissed that pop-up window. (Just so you know!)

Good review of an interesting idea. I'm not sure I could make it through this one. It is a great way to present the Gestapo or KGB--both of which "erased" people and events.