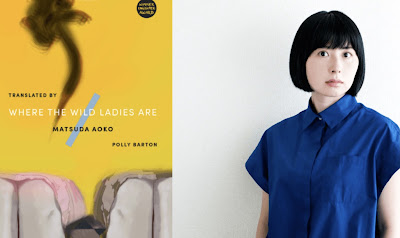 Electric Litarature has placed this story online, accompanied by an introduction by Carmen Maria Machado 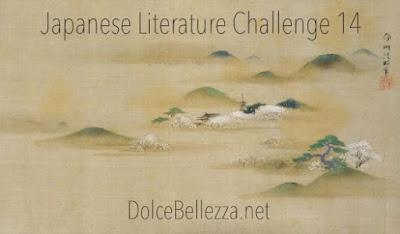 In these pandemic times we may not be able to visit Japan in person  but through JL14 you can make many virtual trips.

This will be the 12th time I have participated in The Japanese Literature Challenge.  I first joined in July 2009, just as I started The Reading Life. From this start, never having read any Japanese literature, I

went  read hundreds of works, adding numerous writers to my “read all I can” list.  I came to see that the post World War Two Japanese novel is a World Class Cultural treasure of a very high order.

My plans so far for JL14 includes these novels

I also have added to my wish list three novels by Osamu Dazai as well as Breasts and Eggs by Mieko Kawakami.  There are also a lot of stories i have not yet read in The Penquin Book of Japanese Short Stories.

Today I am starting my participation in JL14 with a really fun story by s writer new to me Aoko Matsuda, “Peony Lanterns”.  In her introduction Carmen Maria Macado says it is a modern retelling of a classic Japanese Ghost Story in which a man is visited every night by what he thinks is a beautiful woman.  In fact she is a ghost embodied as a decayed corpse.

The central character has recently lost his sales job in a corporate reshuffle.  His spirit is low as he sits home supported by his wife.  Of course he finds this humiliating.  One day two women knock on his door, they are selling peony lanterns.  Against his better judgement he lets them come inside.  One is in her fifties, fhe other mid thirties.  Both are well dressed and attractive.  I do not want to give away the very intriquing  plot of this story but the longer the women stay, the stranger they seem.  The ending was a lot of fun.

About the Author - from Electric Literature

Aoko Matsuda is a writer and translator. In 2013, her debut book, Stackable, was nominated for the Yukio Mishima Prize and the Noma Literary New Face Prize. Her novella, The Girl Who Is Getting Married, was published by Strangers Press in the U.K. in 2016. In 2019, her short story “The Woman Dies” was short-listed for a Shirley Jackson Award. She has translated work by Karen Russell, Amelia Gray, and Carmen Maria Machado into Japanese.