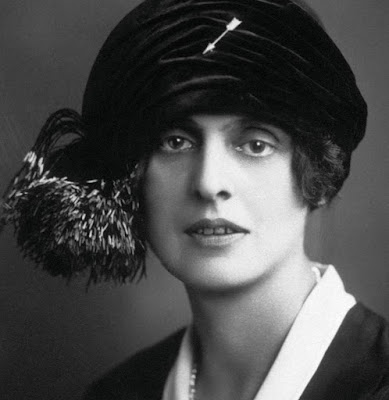 I read this story in The Persephone Book of Short Stories

E M DELAFIELD (1890–1943) was born to Count Henry de la Pasture and his novelist wife in Hove, Sussex. When she was 21 she entered a convent in Belgium and wrote about this in Consequences (1919), Persephone book No. 13. She was in a  VAD (Voluntary Aid Detachment) during WWI and afterwards married Major Paul Dashwood; from 1923 they lived in rural Devon, where she wrote over thirty novels including The Diary of a Provincial Lady (1930). - from The Persephone Book of Short Stories

“Holiday Group” is my first encounter with E. M. Delafield, for sure it will not be my last.  As things are now it is unlikely many of us have plans for a family outing to the seashore in our near term agenda.  Through “Holiday Group” we can vicariously experience the excitement of planning, the inevitability of drama on any trip with children, maybe hope to fit in a romantic encounter with our spouse and deal with merchants and landlords who make a living from visitors.

With a legacy the family has paid their debts, set aside some money for their second son’s education (no need for their daughter of course) so the time has come for a long delayed trip:

“The legacy paid their debts, enabled him to put a tiny nest egg into the bank, and caused Herbert to make an announcement to his wife. ‘We are going to have a holiday,’ he said. ‘A real holiday, Julia.’ Julia looked startled. ‘A second honeymoon!’ he cried. ‘Except for the children . . .’ hinted Julia, rather tactlessly, and almost indelicately.   ‘Naturally,’ said the Reverend Herbert, frowning. He told her his plan . . . ‘What about Ethel?’ Ethel was their general servant. It was very difficult for Mrs Cliff-Hay to find a servant, and still more difficult for her to keep one. Ethel had been with them six months, and Julia’s great preoccupation in life, after the welfare of Herbert and the children, was how to make certain that Ethel would never leave. ‘Ethel will look after the house, of course.’ ‘Dear, she won’t sleep here alone, I’m perfectly certain. You know what girls are.’ ‘Well, well, we can settle about Ethel later, surely,’ said the Reverend Herbert rather peevishly.    ‘Well, well, we can settle about Ethel later, surely,’ said the Reverend Herbert rather peevishly. ‘Here am I, full of a surprise plan which I hope will be a joy and a pleasure to you, and all you can talk about is the wretched Ethel!’ It did indeed seem ungrateful looked at in that way. ‘I didn’t really mean it like that,’ said Julia – although she had really meant it exactly like that. ‘Of course it’s a glorious idea, Herbert, and so kind of you to think of it all .”

As I read this I had to chuckle over what is being hinted at by Julia.  I really like the elegant prose of Delafield.  In England between  the wars

the “servant problem” was a preoccupation of affluent ladies.  We also are presented with insight into the dynamics of their marriage.

We are along on the trip to the coast (“how much longer,Mother”).

The family has fun, the son wants a shovel to dig in the sand.

I have Diary of a Provincial Lady on my 2021 schedule

I think the collection of short stories The Persephone Book of Short Stories might be of interest to many in the group. Of the thirty stories in the collection dating  is a 1909 story by Susan Glaspell, an American, up to a story by Penelope Fitzgerald from 1986.  Only Mollie Parker-Downes has two stories.  There is one story in translation from the French by Irene Némrovsky. Fourteen of the writers seem to be in the Undervalued British Novelists 1930 to 1960.  There is a concise biography of each writer as well as first publication information on the stories.

In theory, I plan to read the entire Persephone backlist. And when I saw they were publishing short stories, I was thrilled. (In reality, they're not easy to find in the libraries here and even though they are reasonably priced, it would be impossible for me to gather the entire set!) You'll be able to find The Diaries of a Provincial Lady easily, as it's in the public domain now (and there are many follow-up novels in the series). Very dry humour, and when read in little bursts at the end of an aggravating or stressful day...just the thing!