A Question and Answer Session with Zarina Zabrisky author of We, Monsters “The Reading Life” welcomes Zarina Zabrisky, author of the novel We, Monsters (2014, Numina Press). Zarina is here as a stop on  her Virtual Blog Tour    to answer interview questions regarding the psychology in her novel. 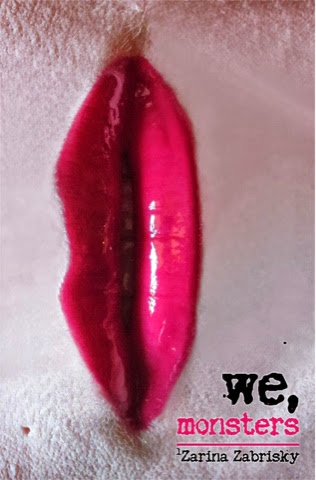 Could you start by telling us a bit about your interest in psychology?

This is a simple, yet tricky question. Chronologically, it goes to my early teen years. From my father’s bookshelf (that I devoured without any discrimination, from books on Le Corbusier architecture to World War II history) I fished a book: “Modern Western Bourgeoisie and Its Decadent Philosophy of Art.” Freud was quoted in the most peculiar way: the author had to put “allegedly” each time he mentioned, say, Oedipus complex. That was a common lingo, the cryptic way of speaking about banned ideas and school of thoughts. It clicked immediately, and I craved more. The official course of psychology at my university sucked. So I kept reading Freud on and off, and that launched me into exploring on my own. Currently, I am slowly reading Jung, and connecting. I find a lot of writing inspiration in psychology books, from Victor Frankl to Bruno Bettleheim to Irvin Yalom to Esther Rashkin… Also, what is a writer but a psychologist? And vice versa. Salinger called Freud the greatest epic poet. Dostoevsky? Allegedly—

What is it about banned ideas that appeals to you?

Forbidden fruit... Not just that. I recently heard an artist commenting on my favorite composer, Schnittke: "They used to divide culture into official and non-official. It is nonsense. There is culture; and then, there is no culture." I grew up in a society where only one, official set of ideas was accepted and allowed. All other ideas were banned and punished. It was always clear to me that culture started where the ban began. The ban became a synonym for free and true.

Trying to beat the Orwellian tradition, the current Russian government is in the process of accepting a "new" law, called "The Fundamental Rules for the State Cultural Policy." The society where culture is rationed and censored by those in power is doomed, and the only hope for it is its true culture—banned and exiled.

What do you think would change about We, Monsters if you didn’t have the footnotes containing psychoanalysis from the character Dr. Michael H. Strong?
I would lose my male protagonist and the plot. Strongian psychoanalysis is a point of view that becomes a character and takes on the human form. (My readers have very different opinion on whether Dr. Strong attends the dungeon—some say: of course! Some say—of course, not! And I love it. Because how do we know whether we know something or not?) Also, I would lose the visual organization of my novel. I do believe that the content becomes form. Split mind, split page. The split page is there in lieu of illustrations, you see. And what is the purpose of a book without pictures?

He is an interesting character, one who I’m not totally sure we’re meant to trust! It’s probably the fact that he doesn’t wear a shirt in his author picture. It almost felt like you’re were making the reader mistrust everything he thought about Mistress Rose, who also mistrusts herself.

Here is an interesting psychological detail! The reader’s perception (and memory) of the portrait that reads as follows: “The first page was a full-page headshot of a burly man in a peony-pink shirt opened to the chest—a bit too seductively for a scientist.” So, in the photo, Dr. Strong IS wearing the shirt. In the text, the shirt is reduced by the description (we can see a small part of his chest.) In your mind, the shirt disappears: all we see is Dr. Strong inappropriate, exposed chest. Now, a question: what is trust? Can we trust our own mind? Our eyes? The reality? And, is this—really—reality? After all, we are talking fiction. Dr. Strong never existed, nor did his chest, nor did his shirt. Or, did they?.. Trust?

You got me! Rose is definitely “looking for the missing father”: whether it is Dr. Strong, Lenin, Jesus or her husband, remains to be answered. Rose is abandoned from an early childhood, and at the end of the day is desperate to be heard and to be seen by men—and women—in her life.Her tragedy is an inability to voice her tragedy. Rose, like many people, is stuck in the dungeon of her life. Her pain bounces back from the brick walls of indifference—that of her husband, her children, her non-existing family. Writing is one last attempt to connect to this deaf world. To break the walls.

What you say about Rose writing to speak to the world reminds me another of your virtual book tour stops in which you discuss the ways that you prepared for writing this book. I hope everyone joins us to learn more about We, Monsters and keeps an eye out for giveaways! 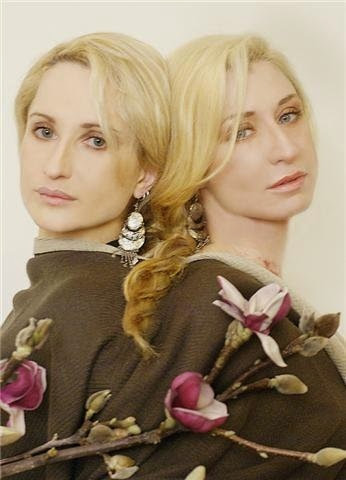 Zarina Zabrisky is the author of short story collections IRON(2012, Epic Rites Press), A CUTE TOMBSTONE (2013, Epic Rites Press), a novel We, Monsters (2014, Numina Press), and a book of poetry co-authored with Simon Rogghe (forthcoming in 2014 from Numina Press). Zabrisky started to write at six. She earned her MFA from St. Petersburg University, Russia, and wrote while traveling around the world as a street artist, translator, and a kickboxing instructor. Her work appeared in over thirty literary magazines and anthologies in the US, UK, Canada, Ireland, Hong Kong, and Nepal. A three-time Pushcart Prize nominee and a recipient of 2013 Acker Award for Achievement in The Avant Garde, Zabrisky is also known for her experimental Word and Music Fusion performances.
I thank Zarina for stopping by The Reading Life

Thanks so much for letting the We, Monster tour stop here!