Colorless Tsukuru and His Years of Pilgrimage by Haruki Murakami (trans. by Philip Gabriel, to be published August, 2014) 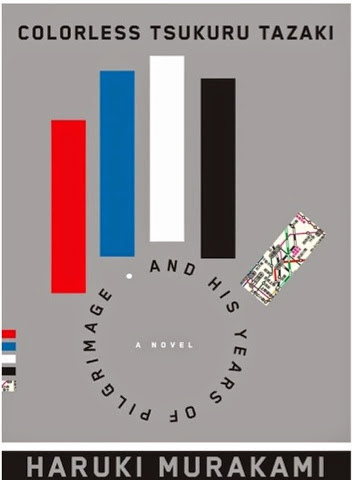 My Prior Posts on Murakami
I have read and posted on all of the published and in print novels of Huruki Murakami (1949, Kyoto).  I greatly admire his work (obviously otherwise I would not have read so much of his work) though I had at best mixed feelings about his last book, the massive 1Q84.  I was very happy when I was offered a review copy of his forthcoming Colorless Tsukuru Tazaki and His Years of Pilgrimage.  Within a week of publication in Japan, it sold a million copies.
My first reaction is that this will probably be considered one of his best works.    The central character, a man in his early thirties or so when we first meet him,designs railroad stations.  From youth he was fascinated by train stations and he studied this field under Japan's leading expert in this area.  After university graduation, he happily got a decent job doing work he loved.  In college he was part of a tightly knit social group of two other men and two women.  Everyone else in the group's name has a color connection but him.  Thus his nickname.  One day he is totally dropped from the group and he is not told why.  It takes him ten years to begin to understand why.  He has to go to Finland to learn the truth.  Even then there is a mystery.  He also does not know if he committed a homosexual act or just dreamed he did.  A big mystery is introduced at the end and not solved.
There are numerous literary and classical music references.  Tazaki has an interesting relationship with another man and a woman.  He is intelligent, sensible, hardworking and a decent sort, at least on the surface.  As the book closed I wondered if he was a rapist and a murderer.
I will be eager to see the reactions of others to  this book.
I know Colorless Tsukuru Tazaki and His Years of Pilgrimage will get a lot of book blog and literary review attention.
Any one into Murakami will be happy with this book. 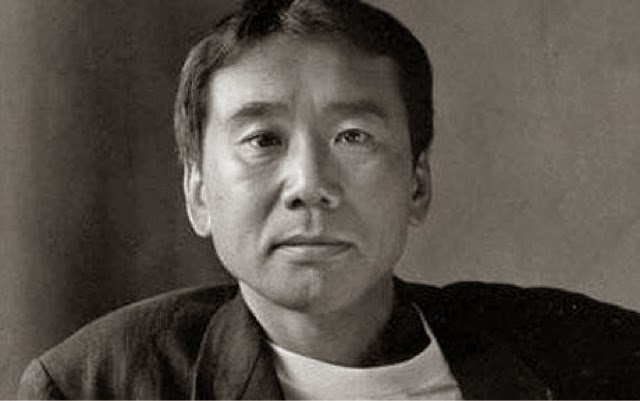 This does sound intriguing (sorry I cannot come up with a more original word right now). Great that you have read all of this author's novels!

Interesting. The utch translation has been out since earlier this year and although I haven't read it yet (waiting for Dolce Bellezza's readalong in September), Mr Gnoe, the REAL Murakami fan in our home, likes it but doesn't think it's superb. Now I'll definitely need to read it myself! I hope I can wait those 3 more months... O_o