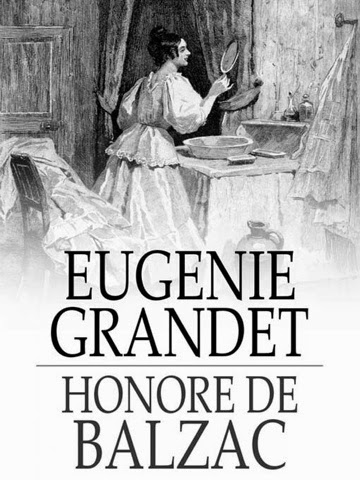 Honore de Balzac (1799 to 1850), what can mere mortals say?  His literary out put was huge, his master series of works La Comedie Humaine, encompassing per Wikepedia and other sources I checked, ninety one novels, short stories and essays, is meant to be a panorama of French society.  By my quick count, there are forty one novels, many with common characters, in the series.  I have previously posted on one of the most still read novels in the series, Pierre Goriot, sort of retelling of King Lear in Paris and a few short stories. In his book, The Life Time Reading Plan, Clifton Fadiman lists two Balzac works, Eugenie Grandet and Pierre Goriot.   During his life, Eugenie Grandet was Balzac's best selling work.  It is also only about 250 pages. I am working my way slowly through Proust and Balzac is by far the most referenced literary work.
Eugenie Grandet has four major characters and several minor ones, only one of great interest to me, the servant woman Nanon.  Felix Grandet is a very wealthy French wine farmer and a shrewd business man who lives as if he were compleletly in poverty, denying even firewood to heat the family home until the coldest time of the year has arrived. He produces some of the highest quality wines in France but for himself drinks only the worst.    He pretends to only have ten or so Francs when all know he has millions.   He enjoys no pleasure from his money other than that of counting it.  He and his long suffering in silence wife have one daughter, Eugenie.  Eugenie has arrived at the point in life where she is an excellent spousal catch.  Her dashinginly Parisian dandified cousin Charles has come for a visit and Eugenie is at once smitten.  In a central to the story episode, the father Felix gets a very sad letter from his brother explaining that he is committing suicide as fraud from others has caused him to be unable to pay his debts.  The financial maneuvers resulting from this are really fascinating and are perfectly relayed by Balzac. The son Charles has to be told his father is ruined and he will not be receiving  a massive inheritance.  Money and its close compadre social rank dominate the world of this novel.  I do not want to tell to much of the plot of this novel as inspite of what some might say are overly melodramatic touches, it is quite exciting and I really was constantly looking forward to the next turn of events.
You can see the power and brilliance of Balzac in the ways the miserliness of Felix impacts his daughter and to a lesser extent his wife.  The daughter is much more realized as a character than the mother.  I really liked, ok it is kind of potboiler stuff, seeing how Charles the beloved cousin had changed since his uncle sent him to the West Indies and his return to France some seven years later. We are with Eugenie when her beloved mother, a fellow sufferer from the father's  cheapness dies and when her father passes.  I really liked the character of the servant woman Nanon and was happy to see how things work out for her.
Marriage is very much a business matter in the world of the Grandets.  When you contemplate Eugenie's horror at the notion of sex in marriage you wonder what in her parents marriage brought her to this state of mind.   Some say there is a Dickens like fascination with "pure" young girls in the work of Balzac.
The Grandets are recurring characters in La Comedie Humaine.

What is next?  I am not sure I can or should set myself a goal of reading the full La Comedie Humaine,  though I do see that as tremendous accomplishment.  For sure I will be reading more Balzac. 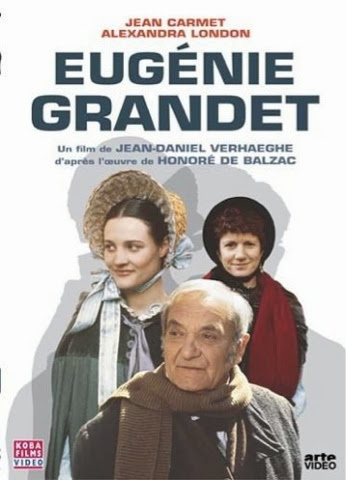 The translation of this book was done by Katharine Pemberley in 1885.  She was a Civil War Nurse for the North and from 1883 to 1897 translated 40 volumes of Balzac and became an expert on medical hygiene. There are a few lines in conversations that seem out of place to me in 2014 but over all it is very elegant highly readable prose.  It also has the virtue of being free. 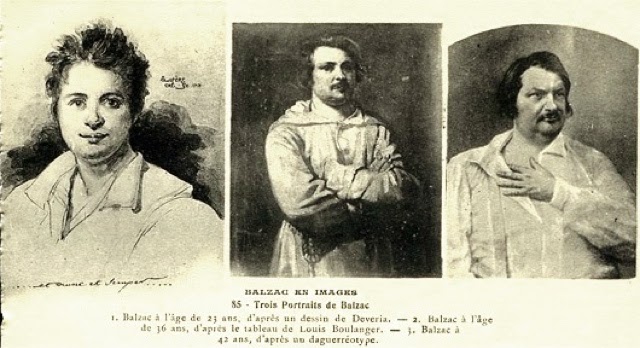 Best-selling at the time - I did not know that. The public made a good choice.