Short Stories of the Indian Subcontinent
A Reading Life Project 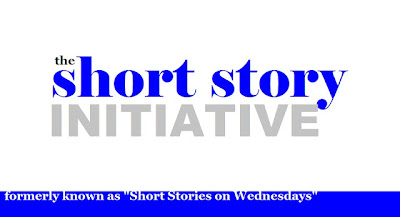 The Reading Life Guide to Getting Started in the Indian Short Story.

"She shouts orders, bullies the servants, eats enormous meals and farts painfully through the night.  She makes such a racket screaming before every resounding expulsion of gas, that nobody gets any sleep".

In reading for my permanent project, Short Stories of the Indian Subcontinent, I am discovering many new to  me wonderful writers.  Anita Rau Radami is certainly in that category.   I was very glad to see that Nancy C of A Simple Clockwork is focusing this month's Short Story Initiative on short stories by authors from  India. There will be reading suggestions and a place to link your reviews on Nancy's wonderful blog.

I recently read the preface to Best European Fiction 2011 by the brilliant Irish writer Colum McCann in which he says European fiction is a vast field, drawing on forty languages and 800 million people.   Based on my reading of literature from India, I knew there are 67 languages with 100,000 or more speakers and over one billion people in India. If you add in languages with 10 thousand speakers, there are nearly 200.  In the Philippines there are over 100 languages so I think we can see the Euro-centric nature of most thought on the short story.   There is no literary culture older than that of India.    It took an Irishman, the great Edmund Burke, to tell the English they had no right to rule a country much older than their own.

"Aiji's Miracle" is a totally wonderful story that tells us a lot about the lives of women in India, especially about the often problematic relationships between women and their daughter-in-laws.   It also gives us a very good look at the dynamics of a marriage.   Told in the third person, it centers on an old woman, the stories words, Aiji who "hobbles around the house so full of herself that if you poke her with a pin she might explode".   Aiji was used to being the queen of the house until her son married.   She knows her daughter in  law has used sex to gain power over her son and she is now the head of the household.    The story is all about how Aiji displaces her and takes over ruling the house.  Aiji uses every trick of the powerless.

I know most people will find it hard to find this story (I read it in the anthology Passages:  24 Modern Indian Stories) so I will only talk about a few of the things I liked about it.   The granddaughter is approaching marriageable age, the marriage will, of course, be arranged.  There is one big problem.  Her breasts have not developed at all and people say no one will want to marry her.  Aiji takes over this problem and brings her to folk doctors.  In the meantime, she tells all the neighbors that she barely is given enough  food to eat and brings shame on purpose on her daughter-in-law by eating at the houses of the neighbors.   This story is really a lot of fun and offers a lot of insight into family life.

Anita Rau Badami (born 24 September 1961) is an Indian-Canadian novelist. Born in Rourkela, Orissa, India, she was educated at the University of Madras and Sophia College in Bombay. She emigrated to Canada in 1991, and earned an M.A. at the University of Calgary. Her first novel, Tamarind Mem (1997), grew out of her university thesis. Her novels deal with the complexities of Indian family life and with the cultural gap that emerges when Indians move to the west. Badami's third novel, Can You Hear the Nightbird Call explores the Golden Temple Massacre and the Air India Bombing. Badami cites as among her favourite books Midnight's Children by Salman Rushdie, Cat's Eye and Surfacing by Margaret Atwood, A House for Mr Biswas by V. S. Naipaul and Housekeeping by Marilynne Robinson

I hope lots of my readers will post on at least one Indian short story this month.