"The Guest" by EM Reapy 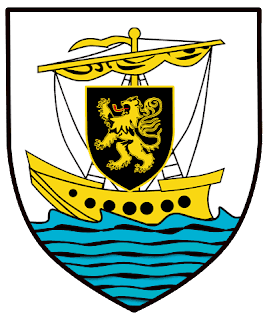 Yesterday I heard on TV that there were twenty cities in the world with a population of over ten million    I checked and the population of Galway, Ireland is about 75,000 and it has produced more great writers than most of the mega-cities, including the one I live in.    I will leave it to those more learned than I do try to explain this fact.   This productivity is far from over and If anything I expect it to accelerate.

I recently read a new short work of fiction by EM (Elizabeth) Reapy, editor of 30 Under 30:   Thirty Short Stories by Irish Authors Under Thirty.   I came upon this story when a Facebook friend posted a link to the current issue of The Galway Review.  The Galway Review describes itself as "Galway's leading literary magazine, devoted to excellence in writing".   I am very glad I discovered this online publication and expect to learn of many great new to me writers from it.   They publish mostly Irish writers but they are open to contributions from anywhere in the world.   I thought I would take the occasion of reading the very good story by Reapy, "The Guest" to let my readers know about The Galway Review.

I have previously posted on two short stories by Reapy, "Statues" and "Fleas".   Both deal with young people from Ireland trying to find themselves as adults in difficult times.   They deal with people who want very much to keep their Irish identity while trying to escape from culturally repressive traditions.   There are still strong family ties in these stories but you can see the young people struggling to achieve a measure of adulthood while still keeping the prerogatives of a child to act without having responsibility,   Her stories, including, "The Guest", are largely narrated through marvelous conversations.   There are three main on stage full time characters in this story, a young man, seems like in late teens or early twenties his father and his mother.   Offstage are his older brother working in Dublin. He resents how his parents always talk about how wonderful his older brother is.    As minor but important players we have the girl friends of the sons.   Reapy does a great job of bring the family dynamics to life in just a few pages.   The younger son is very upset when he sees his parents making all sorts of special preparations for the visit of his son and his girl friend, especially as his parents basically just told him his girl friend was a tramp not fit to visit the house.   The ending is just wonderful.   This is a brilliant., very smart and very funny story.

EM Reapy, 27, is an Irish writer travelling Australia. She received an MA in Creative Writing from Queen’s University, Belfast. Her work has been published in Irish, British and American publications. She was shortlisted for 2009’s Over the Edge New Writer of the Year Award. She co-founded and edits wordlegs.com (www.wordlegs.com/30under30), has been selected for masterclasses, performances  and awards; including Tyrone Guthrie’s 2012 Exchange Writer to Varuna Writers’ House Sydney and an Irish Arts Council Travel and Training Award to complete this. Her short film ‘Lunching’ is being produced by Barley Films. She will be featured at the prestigious Dromineer Literary Festival in October 2012. At present, she is redrafting a screenplay and working towards a collection of short stories.

Anyone interesting in reading the best from emerging writers,  not just Irish, needs to read the quarterly issues of Wordlegs.com, edited by Reapy.

Must have a read of this. I read her other story 'Fleas' you posted on. Very good indeed!