"Why Does the Child Cry" by Mulk Raj Anand

"Why Does the Child Cry" by Mulk Raj Anand  (1973, 12 pages-first published in The Illustrated Weekly of India)

Short Stories of the Indian Subcontinent
A Reading Life Project 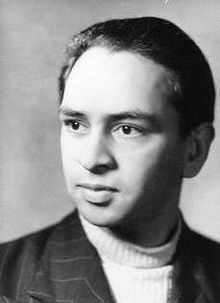 Mulk Raj Anand was a founding father of the Indian novel in English.    He was one of the first writers from India to gain an international readership in English.    Anand (1905 to 2004--Peshawar, India) after graduating from college in India went to England to receive his PhD.     While at Cambridge (the university of choice for Bloomsbury) he became friends with people like E. M. Forester  and George Orwell.   He was a passionate admirer of Gandhi and a strong supporter of the movement for Indian independence.    He was a friend of Pablo Picasso.    His literary output was very large including several novels, lots of poetry and numerous highly regarded short stories.   He was a strong force for good in the world.

I have already posted on four of Anand's wonderful short stories.   E. F. Forester helped him get his first novel, Untouchable, published in England and it is one of the great novels of the 20th century.   It has been compared to Dickens for its insight into to lives of the Dalits and I think if Anand had predated Dickens the comparison would be reversed.

I was very glad to see a short story by Anand included in Best Indian Short Stories Vol I edited by Khushwant Singh.   The stories are from this nine year tenure as editor of The Illustrated Weekly of India.  During his editorship (1969 to 1979) it became a high prestige destination for Indian writers and published stories by some of the great writers of the subcontinent.  Publishing in The Illustrated Weekly of India was as prestigious as publishing in The New Yorker.

"Why Does the Child Cry" , written originally in English, is the story of "Abdul Latif, the potter's son, was called Late Laff by everyone".   It is a terribly sad heartbreaking story about senseless cruelty and how the innocent victims suffer most in absurd wars.   Abdul is not mentally bright but he is very agile physically.  He is all over the village and everybody loves him.  He loves hunting birds and fishing with his friend Ali.   I know this story will be hard for those who do not have Singh's anthology to read so I will tell the conclusion.   One day Abdul comes home and finds his house destroyed, the runs through the village and their are dead bodies everywhere.   He has no understanding of the religious wars that were tearing apart the subcontinent.   He begins to runs through the village in a panic when he sees a tank, looking for his friend Ali who always helped him.   The scenes he sees are depicted with great passion and veracity.   This is a great story.

My "bottom line" on Mulk Raj Anand is to put The Untouchable, on your read in 2013 list.

I am writing this in participation in the Short Story Initiative of Nancy C of A Simple Clockwork.   This month the focus is on Indian Short stories.

Dear Mel ,
It’s always a pleasure reading your posts. I learn many things and it always drives me to read more. I have never read short stories with great interest and you are really inspiring me to take a new look.

Mel, Your passion for the books you read is inspiring. This sounds like it would be very difficult emotionally so thanks for tackling it.

Great stuff, Mel! I read Mulk Raj Anand years ago and he along with Khushwant Singh and R.K. Narayan were the leading lights of the Indian literary scene, well before the others like Rushdie came into prominence. I remember very little of his writing, though I always felt he didn't get the kind of international recognition a writer of his calibre should have got.