"The Unseen Wonder" by Anne Van 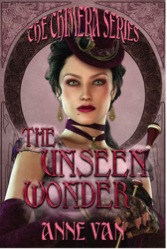 "A birthday gift transformed my life from ridicule to riches.  Hard to believe that such a feat could be accomplished by a simple present.  But sometimes fate was kind-even to a family composed of five women and one highly unusual man, who happened to be my father".

"The Unseen Wonder" is a wonderfully done very creative  and very much fun to read short story with superb  values and style.  It is set in late Victorian or maybe early Edwardian England and it reads like a collaboration of Anne Bronte and H. G. Wells.   Van describes "The Unseen Wonder", on her webpage, as a "steampunk story".   When I read this I thought I knew what it meant but to be sure I consulted a number of sources in clarifying my understanding.  Here is how the Urban Dictionary defines it: 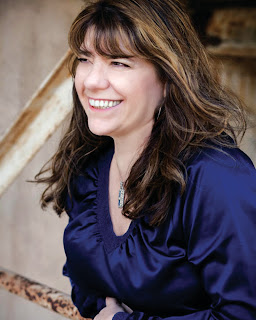 Steampunk is a subgenre of speculative fiction, usually set in an anachronistic Victorian or quasi-Victorian alternate history setting. It could be described by the slogan "What the past would look like if the future had happened sooner." It includes fiction with science fiction, fantasy or horror themes.
Victorian Steampunk: A modern Science Fiction work (post-1930s) that is set in the early parts of the industrial revolution.
Industrial/Modern Steampunk: Science fiction taking place in the late industrial age, early modern age; i.e. World War 1, World War 2

I have read a lot of science fiction and Victorian literature  in my day so I felt comfortable when presented with the opportunity to read "The Unseen Wonder".   I do not want to spoil this story for potential readers so I will just tell a bit of the plot so you can visualize the setting.

The father in the story is an inventor in a day when inventors were heroes.   Some of the father's inventions have been wonderful successes, including the first toaster and some have been unmitigated disasters.   The family lives from the proceeds of the sale of the inventions.   Every year on the birthday of the story teller's mother, it is told in the first person by eldest  of the daughters, the father presents what has come to be called "The Gift", meaning a new invention.   This year he has promised it will be the most spectacular of all.

The father has recently hired a new assistant to help him with his work, and girls being girls, the daughters are very excited by how handsome he is and how unattached.

The household, especially the mother gets more and more excited as her birthday approaches.   I do not want to tell more of the plot but a seeming disaster occurs which allows the family to see what really matters in life but then just as I had become quite attached to the whole family, including the assistant, a wonderful development turns everything around.

I greatly enjoyed reading this story and hope to read more of the work of Anne Van.

Anne Van is an artist, fashionista, turned writer. She has a Masters Degree in


Fine Art and attended Waseda University in Tokyo Japan on a scholarship. She
has exhibited her artwork all over the United States and one of her works was
displayed in a museum in Picasso’s hometown of Malaga, Spain. After several
years toiling as a fine artist, she switched gears to pursue another passion,
fashion. Anne went to FIDM in Los Angeles and designed sportswear for major
retailers. All the while she heard stories in her head. So one day she quit fashion
and finally put her stories on paper. Since then Anne has published an article in
Victorian Homes Magazine (another passion) and a non-fiction story in The Best
Women’s Travel Writing of 2011 about her time living in Tokyo, Japan. Going
Underground won the gold Sola award for best cultural travel story. Anne also
writes fiction and her steampunk story, The Unseen Wonder, is published in the
historical anthology, Gaslight: A Golden Light Anthology and also as a stand-
alone mini-ebook in the Chimera Series. Anne continues to write the stories
that fill her head. She lives in a Victorian home in a historic landmark district in
Pasadena, California along with three rescue cats, including one that has six
toes, and her TV composer husband who thankfully doesn’t.

"The Unseen Story" by Anne Van is published in

I greatly look forward to following the literary career of Anne Van and I endorse this story without reservations of any form.

Mel, thank you so much for the wonderful review!

I read this book also and loved it. It is wonderfully entertaining. I hope she writes more along these lines.

What a wonderful review, Anne Van. A lovely start to your new career.