"The Recruit" by Honore de Balzac (1831, A Short Story, A Component of The Human Comedy) 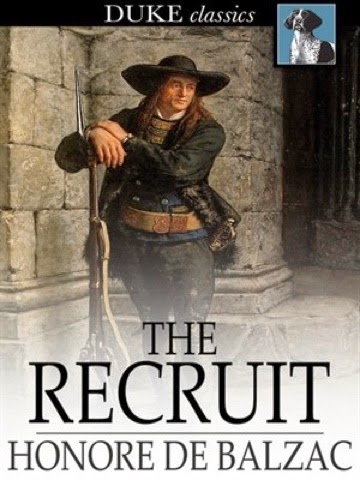 My Posts on Balzac
60 of 91
"The Recruit" is set in 1793, during the time of terror when thousands of aristocrats went guillotined in France.  One of the many things I have learned from Balzac is how aristocratic French tried to act bourgeois to avoid setting of retaliatory anger on themselves.  "The Recruit"'centers on an aristocratic widow with one son.  She is, of course, very beautiful and has some money so she has several suitors.   She moved out of Paris to a provenanal town, thinking the danger from the terror would be less there. She has a  salon where the leading local dignitaries gather.  The local magistrate tries to pressure her into marriage by suggesting if she does not give in to his proposal he may not be able to save her from the guillotine.
Her son, of course incredibly handsome,  is the center of her world.  He has joined the army and she has recently gotten word that he may be on his way back home.  Balzac turns to a dramatic close to end the story on a very sad note.
"The Recruit" was fun to read and a good historical short story.
Mel u