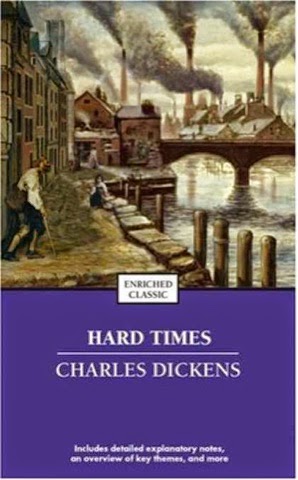 About twenty years ago I read in publication order the novels of Charles Dickens.  Since I began my blog on July 7, 2009 I have reread and posted on Oliver Twist, Great Expectations, and David Copperfield.  Hard Times was the tenth novel of Dickens.  It is his shortest novel also.  Lately I have read a bit of Zola and Balzac so I think I wanted to see how my old friend would compare to the French.  My basis of comparison is limited as I do not read French and am relying on old public domain translations.
Hard Times is set in the imaginary city of Coke Town, coke being a fuel factories were at the time fired with.  It is a city of dark satanic mills.  Dickens' evocation of the sheer horror of the mill town is magnificent.  His portray of the mill owner who mocks all protesting workers as wanting to "eat turtle soup out of gold bowls" is as fitting then as now.  There is a complicated plot, involving a young orphan girl and the family she is adopted into. 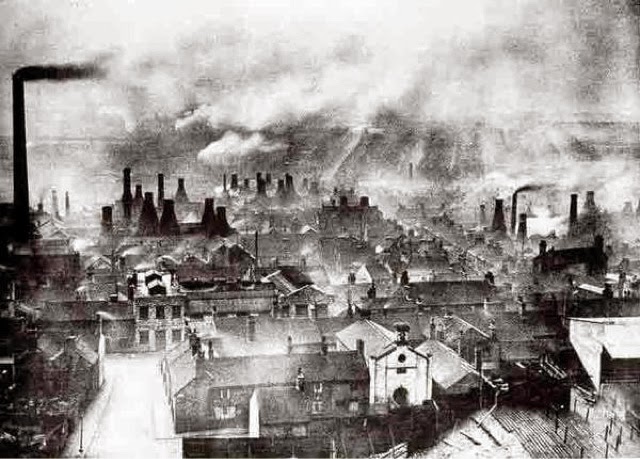 I am glad I reread Hard Times.  The characters do seem a bit less developed than those in some of Dickens' other novels and it is more overtly ideological than most of his other works.  The closing two chapters are marvelous.
I hope to reread Bleak House this year.
Mel u

I appreciate what you've said about _Hard Times_. I have promised myself that I will also read all of Dickens, but I will wait for happier times to read _Hard Times_. It sounds like too much of a downer for me now.