The Conformist by Alberto Moravio (1951, translated by Tami Calliope)

I offer my great thanks to Max u for the gift card which allowed me to read this book.
My Prior Posts on Alberto Moravio 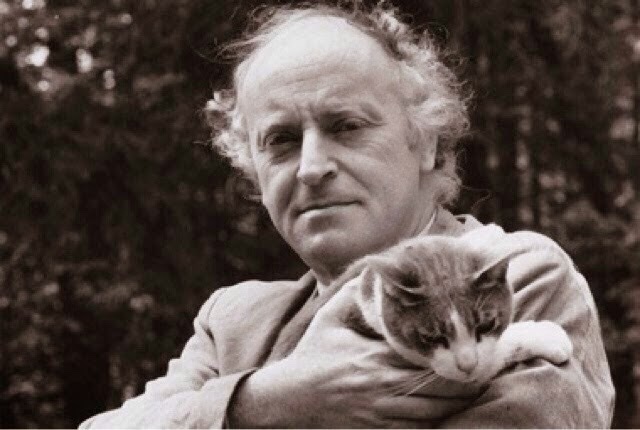 Last year I read and posted on two works by Alberto Moravio, Augustino a very well done novella centering on a preadolescent boy's reaction to his mother's seeming affair with a man at the resort at which they are staying and a novel I really enjoyed, A Woman of Rome, about prostitute. Recently  I received a publicity notice from Amazon saying the Kindle edition of his novel The Conformist is temporarily reduced in price from $11.95 to $1.95, providing me with the opportunity to read another work by Moravio.
The Conformist, narrated in the first person, begins in Italy some where in the 1920s.  In a complex way, the novel is a commentary on the psychological need to appear "normal" and how this lead the narrator, and by proxy Italy, into a support for fascism.  The story line is fast moving and keeps you interested with regular shocking events.  We first meet the narrator at about age thirteen.  He encounters a man working as a chauffeur, a defrocked priest, who lures him to his employer's house with the promise he will give him a gun, something he badly wants.  The man, the boy suspected something was wrong but he really wanted the gun, attempted to force the boy into sex.  A violent event results from this.  I think we can perhaps take this as showing us the sexuality inherent in the submission to fascism, to a cult of the machismo leader.
In the next segment the narrator is on his twenties, he wants most of all to see himself and be seen as others as conforming to the norms of society.  He has a dark secret he can never reveal.   He works as a secret agent for the fascist government.  He has a lovely fiancé any man would be proud to have.  As far as he knows she is at 21 still a virgin.  In a very shocking powerful development we learn that she also is keeping a very dark secret, one I never saw coming.  The narrator tries to conform to how a fiancé should act.  He plans a honeymoon in Paris and is given a sinister assignment by the fascist secret police which leads to at least two more very interesting surprising turns.
I have not told much of the plot as I don't want to spoil the real enjoyment the plot provides.  It is also an acute psychological account of the drive to conformity. We are also see how the end of the war in Italy impacted society and the narrator with a final terrible twist of fate.  There are also well done sex scenes and detailed descriptions of the body of the narrator's fiancé I enjoyed reading. 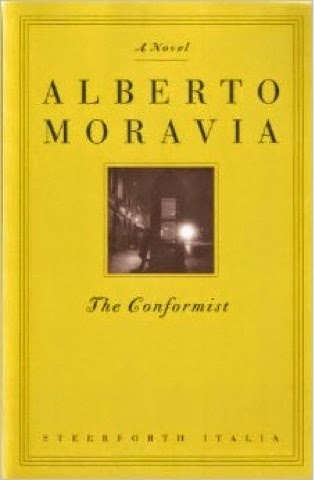 I greatly enjoyed The Conformist and hope to read more Moravia.

Alberto Moravia (1907–1990) was one of Italy’s greatest twentieth-century writers. Among his best-known books to have appeared in English are Boredom, The Woman of Rome, The Conformist (the basis for Bernardo Bertolucci’s film), Roman Tales, Contempt (the basis for Jean-Luc Godard’s film), and Two Women.  From The New York Review of Books webpage.