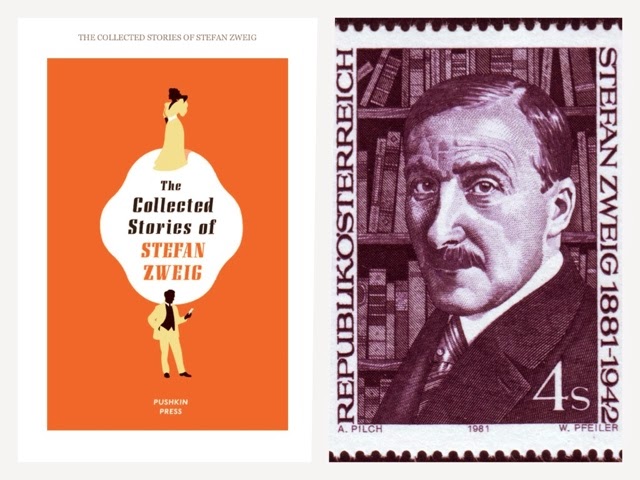 I am very grateful to Pushkin Press for publishing The Collected Stories of Stefan Zweig, translated by award winning Anthea Bell.   That being said there are some serious things wrong with this book.  First of all "collected" does not always mean complete, so what is this book, is it all Zweig's stories or just some of them?  Reading all of a writers short stories is important to many people, including me.  I prefer to read them in publication order but I am not rigid on this.
Secondly why is Pushkin Press so cheap or lazy as not to include at least a brief introduction? Thirdly, I really think short story anthologies should include first publication date and place of first publication information.  I know Anthea Bell has easy access to this information but it is not to be found in this collection.
There are 22 stories in the collection.  I have already posted on his "Mendel the Bibliophile".  I loved this story beyond all objectivity.  Yesterday and this morning I read two more of his stories, one was kind of disappointing cliched romantic story and the other was a great story about the devastating impact of hyper-inflation on Germany in 1925.
"Forgotten Dreams" is pretty much standard man runs into woman he loved years ago who would not marry him but who now is going to marry a wealthy count for a luxury life story.  The prose is high romantic bright fluorescent.  It disappointed me but if I am into a writer I take the good with the average.
"The Invisible Collection" is a very interesting story.  The subtitle of the story is "An Episode of the German Inflation of 1925".   In 1925 German currency was in a terrible period of declining value.  Life savings that could have once easily supported people for decades were reduced to often less than one percent of former value.  When people got any money, they first bought food on the black market and with anything left they bought things that they thought would hold value.  However, even this did not store value as if you later sold the items the money you soon got for them soon lost much of its value.  As the story opens an art dealer talks about how many of their old customers had to sell their treasured just to survive.  He plans a visit to a very old long term customer of the firm, hoping maybe he will sell some of his treasures.   The man lives with his wife and middle aged daughter and is now blind.  He can no longer see his treasured collection of etchings and prints inluding a Rembrant etching.  I do not want to spoil the plot to much as it is so moving.  The wife and sister have been forced to sell all of his collection just to survive and have replaced them with blank paper.  The elderly man does not realize what has happened and still treasures his collection. To me this story brought home the reality of the German hyper inflation.
I look forward to reading the rest of the stories.
I am really glad I decided to once again participate in
German Literature Month November 2013.  I thank Caroline and Lizzy for hosting this great reading event.
So far I have read and posted on these works, all but Kafka are new to me writers.
The Tin Drum-by Gunther Grass
"The Judgement" by Franz Kafka
All Quiet on the Western Front by Erich Maria Remarque -very powerful war novel
"A Letter from an Unknown Woman" by Stefan Zweig.
The Death of the Adversary by Hans Klein - a work of genius
"The Job Application" by Robert Walser
Chess Game by Stefan Zweig-I will read much more of his work
"The Battle of Sempach" by Robert Walser
I have also listed to podcasts of "Basta" and "Frau Wilkes" by Robert Walser
The March of Radetsky by Joseph Roth I hope to read all his work

"Flypaper" by Robert Musil
"Mendel the Bibliophile" by Stefan Zweig - I totally love this story.
"The Dead are Silent" by Arthur Schnitzler an entertaining work from 1907
"There Will Be Action" by Heinrich Boll a very good short story by Nobel Prize Winner
Transit by Anne Seghars 1942 very much worth reading
The World of Yesterday by Stefan Zweig - an elegy to a lost culture. 1942
Austerlitz by W. G. Sebald. 2001.
The Emperor's Tomb By Joseph Roth 1938
"Flower Days" by Robert Walser 1907 (no post)
"Trousers" by Robert Walser -1909 (no post)
Medea By Crista Wolf
An Ermine in Czernopol by Gregor Von Rezzori
"Forgotten Dreams" by StefanZweig (no post)
Leviathan" by Joseph Roth
"The Legend of the Holy Drinker" by Joseph Roth 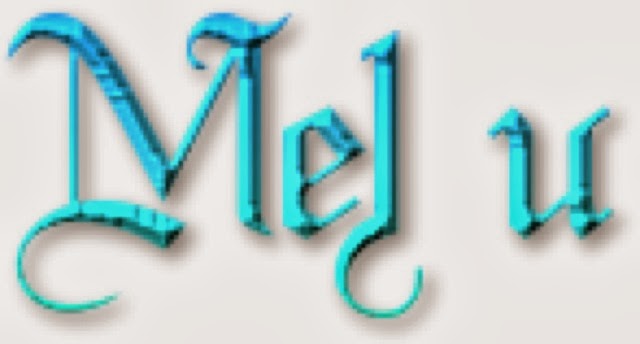