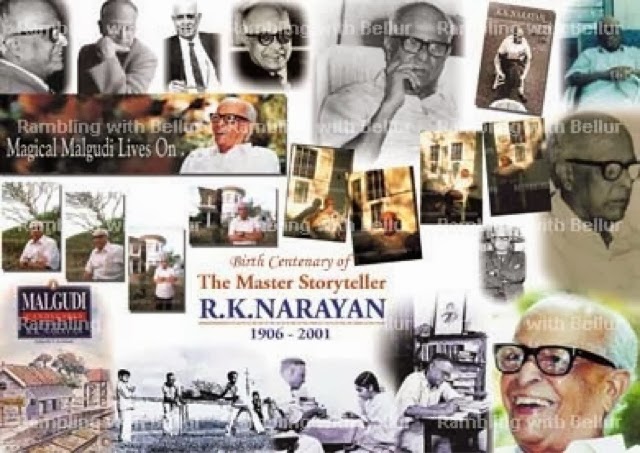 R. K. Narayan should have won the Nobel Prize.  I have posted on several of his novels and a number of his short stories.  There is no bad Narayan, as far as I know any way. Older people from Indian have probably seen TV shows and movies based on his work.  Lots of TV shows based on Malguidi stories can be found on YouTube. J. L. Lahari (as do I) considers him one of the greatest of 2Oth  century short story writers.  My favorite of his novels is A Tiger for Malgudi (if you are new to Narayan start with this), the consensus best novel is The Guide.  I don't disagree but A Tiger for Malguidi with one hilarious turn of event after another will hook you on his work. His prose is exquisite and his people are real.  If you like short stories, the volume to have is the collection edited and introduced by J. L. Lahari, Malguidi Days.
My posts on R. K. Narayan have been endorsed in The Ecomonic Times of India and are viewed every day by people all over the subcontinent. 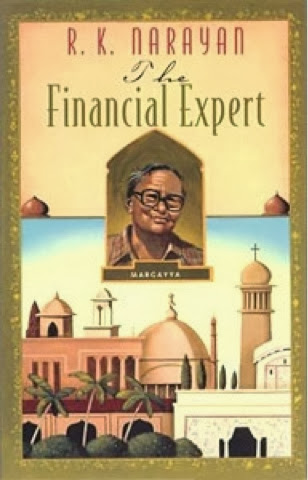 Most likely only those really into Narayan will read The Financial Expert. It is set in Malguidi, the city, considered to be in South India, created by Narayan.  Every novel and story reveals a bit more about the city, normally by focusing on someone in a job.  There is even a story about one of the cities pickpockets.  This novel is about a man who brokers loans and gives financial advise to people who are below the social or economic level of the customers Malguidi banks want.
Narayan is great at making families come to life.  Almost all his characters have arranged marriages and expect the same thing for their children.  In just a few lines he can lay out the dynamics of a marriage.  The one child, a son, of this family is the very spoiled apple of his parents eye.  He is greedy, demanding and a general pain.  Married to a bride his father picks, at 18 as normal, he is an abuser and likes hookers (or as they are called in Malguidi, "Public Women".  Before marrying he kind of ran away to the bigger city of Madras and did work way below his station until his father drug him home.  There is a terrible just totally of the wall episode I will leave unspoiled.  It flabbergasted me and I loved it.
This is a book for fans.  Start where I suggested.