Memoirs of an Anti-Semite by Gregor von Rezzori 1981 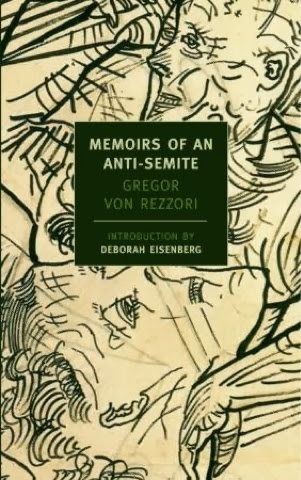 I am very happy to be once again participating in German Literature month.  The only real requirement is that the work was originally written in German. There are lots of reading ideas on the webpage for the event and a sign up link.
German Literature Month November 2013
So far I have read and posted on these works, all but Kafka are new to me writers.
The Tin Drum-by Gunther Grass
"The Judgement" by Franz Kafka
All Quiet on the Western Front by Erich Maria Remarque -very powerful war novel
"A Letter from an Unknown Woman" by Stefan Zweig.
The Death of the Adversary by Hans Klein - a work of genius
"The Job Application" by Robert Walser
Chess Game by Stefan Zweig-I will read much more of his work
"The Battle of Sempach" by Robert Walser
I have also listed to podcasts of "Basta" and "Frau Wilkes" by Robert Walser
The Radetsky March by Joseph Roth great work on the decline of the Empire
I am discovering one after another great new to me writers in my readings for German Literature III. I will be hopefully reading all of the translated and available as a kindle fiction of Joseph Roth, Stefan Zweig, and Robert Walser.  I now adding Gregor Von Rezzori to this list.
Memoirs of an Anti-Semite is a brilliant masterful work of art.  It is structured through five short stories
all told by the same narrator.   In fact taken seperatly they are great stories.   What these storied
show us about the depth of hatred of Jews that permeates Austrian society would fill a dozen
history books.    You can see all sorts of subtly in the forms of prejudice.  The narrator distinqishes
what he sees as high refined and cultured "European" Jewish from "Yids".  Von Rezzori portrays
through the narrator the deep corruption of Austrian society and lets us see why Austriians accepted
Hitler as their leader.
Memoirs of an Anti-Semite can stand with the greatest novels of the 20th century.  It is just a flat out
brilliant book. 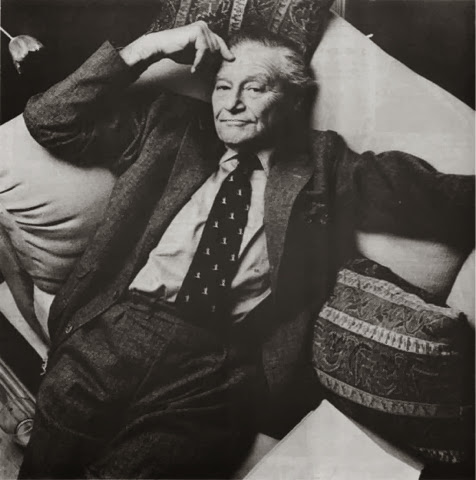 Gregor von Rezzori was born in 1914 in Chernivtsi in the Bukovina, then part of the Austro-Hungarian Empire and now part of Ukraine. In an extraordinarily peripatetic life von Rezzori was succesively an Austro-Hungarian, Romanian and Soviet citizen and then, following a period of being stateless, an Austrian citizen. The great theme of his work was the multi-ethnic, multi-lingual world in which he grew up and which the wars and ideologies of the twentieth century destroyed. His major works include The Death of My Brother Abel, Memoirs of an Anti-Semite and his autobiographical masterpiece The Snows of Yesteryear. He died in his home in Italy in 1998. -
From New York Review of Bbis Web page.