"Flypaper" by Robert Musil - From Posthumous Papers of an Author 1936 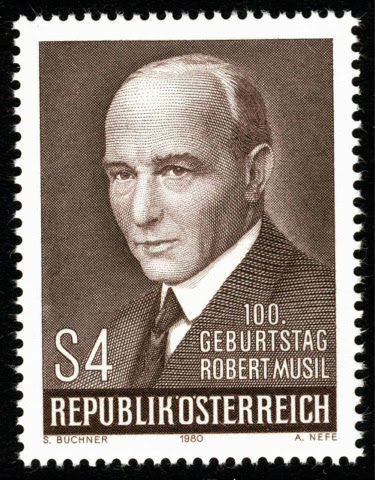 German Literature Month November 2013
So far I have read and posted on these works, all but Kafka are new to me writers.
The Tin Drum-by Gunther Grass
"The Judgement" by Franz Kafka
All Quiet on the Western Front by Erich Maria Remarque -very powerful war novel
"A Letter from an Unknown Woman" by Stefan Zweig.
The Death of the Adversary by Hans Klein - a work of genius
"The Job Application" by Robert Walser
Chess Game by Stefan Zweig-I will read much more of his work
"The Battle of Sempach" by Robert Walser
I have also listed to podcasts of "Basta" and "Frau Wilkes" by Robert Walser
The March of Radetsky by Joseph Roth I hope to read all his work

Robert Munsil (1905 to 1942) is one of the giants of modern European literature.  His unfinished 1000 page plus novel, The Man Without Qualities is greatly praised by all with the fortitude to read it.  Perhaps when and if there is a translated into English Kindle edition available I will give it a try.
I am, I admit, glad to have found a painless first encounter with the work of Munsil.  This morning I downloaded a sample of his 1936 Posthumous Papers of an Author.  Munsil's preface show a wicked and wry sense of humor.  He says he knows somebody will probably do a posthumous collection of his works so he decided to do it before he died.  He says most of the pieces, some are short works of fiction, were written to be published in newspapers so he had to write them for the tastes and intellect of readers of newspapers.
"Flypaper", the title and the content made me think of Katherine Mansfield's story "The Fly" (Mansfield's story is better and as he said Munsil was probably not trying to hard when he wrote this story) is the thoughts of a man as he observes a fly struggling to escape from a piece of flypaper.  It is a close observation of the fly's struggles and an anthropomorphic description of the efforts of the fly. The story does describe the struggles in a photorealistic fashion.
It is easy to see this as an extended metaphor for the human condition in Germany in the 1920s.  I will very soon read his The Confusions of Young Torless.