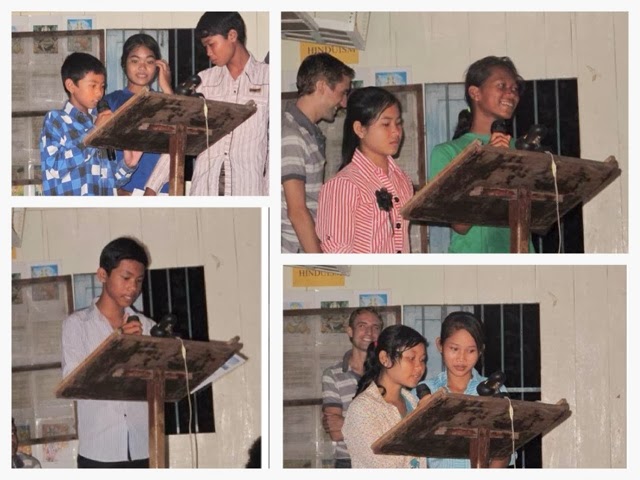 It happened quite by surprise – I fell in love with a place I knew nothing about. In 2006, we went on a family trip to Cambodia. We did volunteer work, criss-crossing the country’s dirt roads by bus, building houses in poor villages and working with children. It was meant to be one of those ‘learning experiences’ for our teenage son, but I was the one whose life was changed.
I was writing my first novel and had no idea that I would ever want to write about Cambodia. But after Tangled Roots was published, the idea for A Clash of Innocents popped into my head. Fast forward to 2010 and you will see that novel being published. I am a writer. I write stories about people I make up. So that should have been the end of it, right? Wrong. 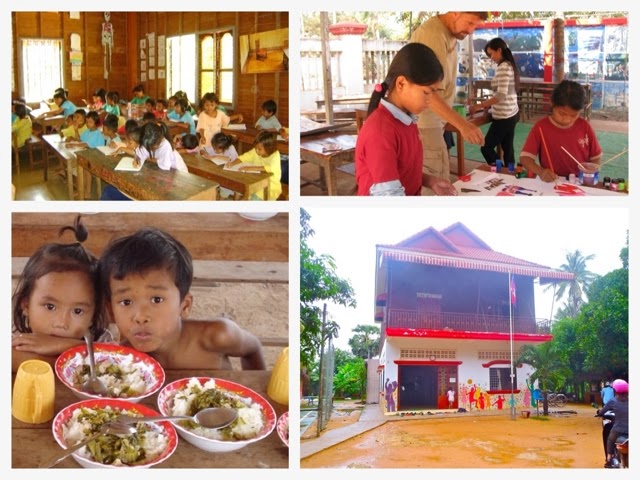 After A Clash of Innocents was published, I knew that I wanted to use the fruit of my inspiration to help the people who inspired me. I was told about a shelter for street kids in Siem Reap called Anjali House www.anjali-house.com I knew enough about the country to know that facility with English is the key to employment. I thought I could set up a workshop to teach those kids to write poems and stories in English. The director of the shelter thought I could, too, but with one caveat. I couldn’t come once, show the kids a different world and then turn my back on them. Starting this program would be an on-going commitment. Without even realizing what I was committing to, I said yes. I have now returned to the kids at Anjali House three times. Each time I stay longer and longer. Each time I have to drag myself away.
What do I actually do there? I teach the kids to write creatively in English, we publish a literary magazine, and then we hold a party where they stand in front of a room of supporters and read from their work. But all that is a pretext. What I’m really doing is giving permission – to think, to imagine a life beyond selling flutes at the temples, to believe they can and must play a part in the reconstruction of their country, still scarred by the 1970s genocide led by Pol Pot and the Khmer Rouge. Through writing, I am helping the children of Cambodia find their places in the future, find a future for their country, find their own self-esteem and exercise their otherwise untapped abilities in conceptual thinking. I believe these are the antidotes to poverty and corruption.
The first time I ran the workshop, the stories were all about ghosts in the forest. The poems were about the beauty of Angkor Wat. And that was fine. But as you read their latest efforts, you’ll see something different. Now the kids are writing about fathers getting angry and drunk, mothers being worn out by work, grandmothers dying of broken hearts. There are poems filled with empathy responding to photos I’ve shown of troubles existing outside their borders, things like the aftermath of Hurricane Katrina, poverty in Africa, forest fires in Australia.  Their world is a bigger place. They are beginning to see that language can help them understand and affect that world.
Believe me, I don’t take credit for all this. But I do believe that the work we do together is making a difference. I know it’s made all the difference to me.
------------------------------------
The second novel in Sue Guiney’s Cambodian trilogy, Out of the Ruins, will be published by Ward Wood in January 2014  www.wardwoodpublishing.co.uk
You can learn more about Sue’s work at www.sueguiney.com and via her blog http://sueguineyblog.blogspot.com  She can be followed at https://www.facebook.com/sueguiney and on twitter @sueguiney 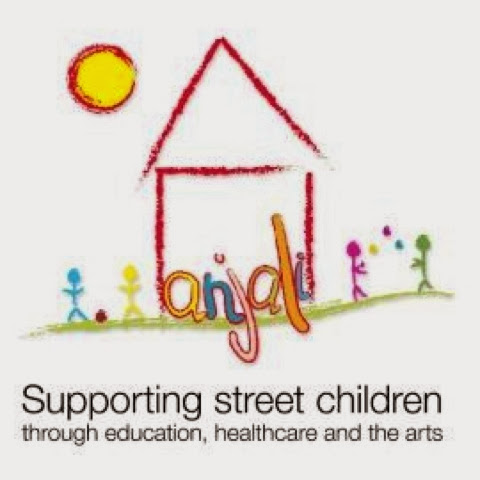 Sue’s life has taken her from a childhood in New York, to student life in Connecticut and Boston, to adulthood in London where she still lives with her husband. Her two grown sons are now off on their own journeys. Her work reflects her travels with much of it now focused in Cambodia, both as a writer and teacher.

Sue has founded a Writing Workshop for street children at the shelter Anjali House in Siem Reap, Cambodia, where she teaches for a portion of each year.

I am honored to be able to share with my readers some of the wonderful stories that came out of Sue's Workshop.

I will shortly attempt my own introductory post in which I try to relate this to the themes of my blog.

I expect this event to last from three weeks to a month.  There will be brief autobiographies of the authors.   In order to protect the privacy of the writers, all will be given pen names.

I am very proud to be presenting these stories and poems.

Thank you for this, Mel. What a wonderful project! I've been to Cambodia several times and my partner Neil is there at the moment. Projects like this are very much needed.