"The Kabbalists" by I. l. Peretz 1891 The Reading Life Yale Yiddish Collection Project 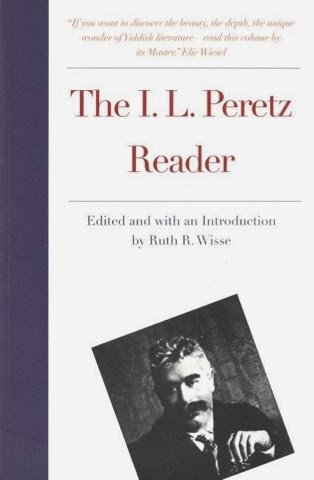 Isaac Leybush Peretz (1852–1915) is one of the most influential figures of modern Jewish culture. Born in Poland and dedicated to Yiddish culture, he recognized that Jews needed to adapt to their times while preserving their cultural heritage, and his captivating and beautiful writings explore the complexities inherent in the struggle between tradition and the desire for progress. This book, which presents a memoir, poem, travelogue, and twenty-six stories by Peretz, also provides a detailed essay about Peretz’s life by Ruth R. Wisse. This edition of the book includes as well Peretz’s great visionary drama A Night in the Old Marketplace, in a rhymed, performable translation by Hillel Halkin.
“If you want to discover the beauty, the depth, the unique wonder of Yiddish literature—read this volume by its Master.”—Elie Wiesel
(From Yale University Press)
Reading Yiddish literature is motivating me to expand my historical and cultural knowledge into areas which I know little about.  There is significant, as I so far see it, controversy about basic facts among those who claim authority.  The story I read today by I. L. Peretz, "The Kabbalists" obligated me too seek out a basic understanding of what a Kabbalist  did.  The short answer is that he is a scholar of Jewish mystical philosophies which originated in the early Middle Ages and which were them selves based on interpretations of the Torrah and what were considered divine revelations.  The notion of secret Jewish teachings helped to open up a vast world to occultists and played into the hands of anti-Semites.  Secret teachings of the Kaballah were behind many cults like The Order of the Golden Dawn.   A Kabbalist would spend a life time studying old texts, looking for God in the pages of old books.   If ever there was a culture into the reading life, that of the Yiddish was it.
"The Kabbalists" is set in a school, it used to have a lot of pupils but now there is only the elderly teacher and one pupil.  The community it drew it students from has fallen on hard times and people can no longer afford to send their sons to study.   The master and student are dressed in very old clothes and survive on small food donations.  The student refuses to quit as all his peers did, he had a deep faith that his master's teachings will lead him to unity with God.   The teacher was focused on discovering hidden meanings in the words of David.  He is attempting to listen to the music of a choir of Angels.  It is easy to wonder if this does not come from the Platonic notion of the music of the spheres, from medieval Neo Platonists doctrines.  The student cries out in death at the end of the story and the teacher says the Devine choir needed another singer.  The villagers all wish for such a glorious death. 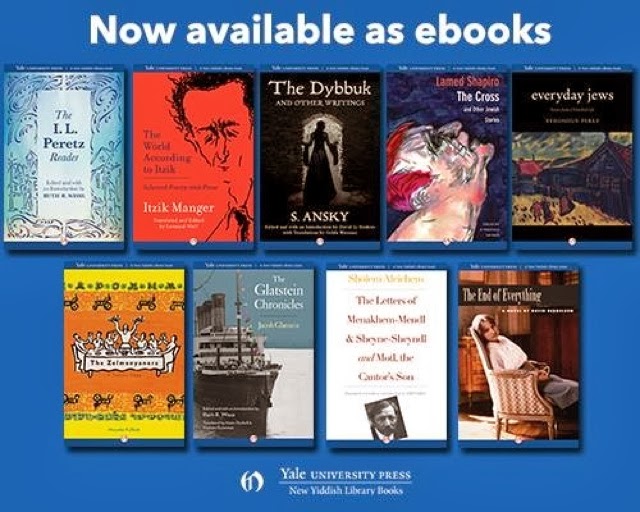 I will be reading and posting on many more Yiddish works.  In the interest of full disclosure, Yale university Press has made a very generous gift of books to me.
Please share your experience with Yiddish writers with us.