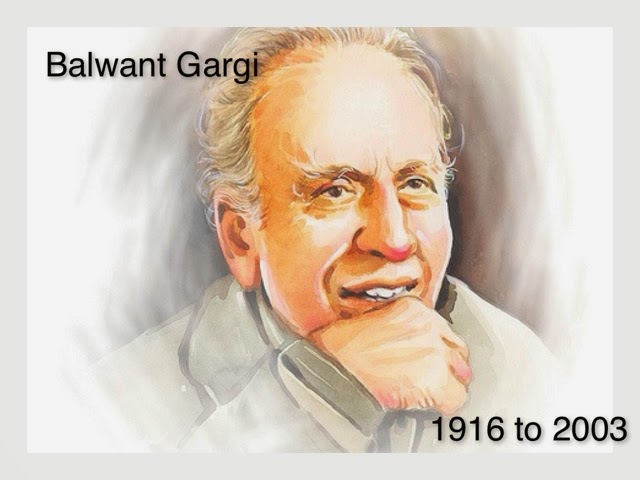 Balwant Gargi began his life in a humble Punjab village.  He rose from these modest beginnings to become of the most highly regarded Punjabi dramatist, wrote several award winning novels and lots of short stories.  "Mataji and the Hippies" should be read in partnership with another great story by an Indian writer dealing with Indian reaction to the thousands of "hippies", dharma bums, who came to India in the 1970s seeking a wisdom not found in Europe and America, "God and the Cobler" by R. K. Narayan.  He was mentored by Rabinder Nath Tagore who advised him to write in Punjabi rather than English.
"Mataji and the Hippies" opens in a very small ashram on the banks of the holy Ganges.  Mataji is a middle aged at least Punjabi woman who spends most of her time high on Ganga.  She is a follower of many Gods, most especially Shiva to whom marijuana is sacred.  Or so she and the five western "hippies" who stay with her.  We learn a little about Mataji's past.  She grew up working in a rough road side cafe.  She left home at eighteen and drifted about.  We don't know how the young foreigners decided she was a guru of some sort.  She feeds them, mothers them and everybody is stoned most of the time.   She tells them it is legal to smoke marijuana as they are doing it as part of a religious observations.  She is a vegetarian and when she receives gifts of fruit she first throws some of it into the holy Ganges.  One day the police arrive, no doubt planning to arrest the hippies for drug use in order to get a bribe from them.  Mataji confronts the police Sargent, tells him he is profaning the worship of Shiva and he tells his men to leave and release the hippies.
In a strange twist he returns to the ashram alone.  I know it will be hard for most to access this story (first published in The Hindu Times and reprinted in Best Indian Short Stories, Vol Ii edited by Khushwant Singh -this and Vol I are probably your best introductory volumes to the Indian short story. You need to also read Malguidi Days Short Stories of R. K. Narayan) but I still do not want to tell the ending.
This is a very intriquining story.  We never learn how the hippies ended up on the Ganges and we never know how things will work out.
I would certainly buy an anthology of stories by Balwant Gargi. 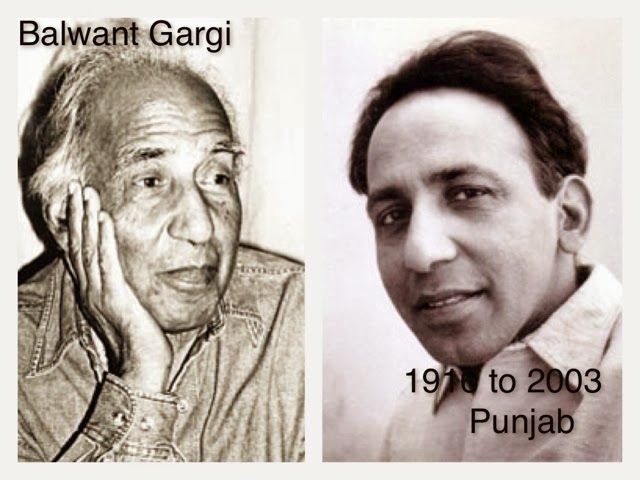 Balwant Gargi was born on December 4, 1916 in Neeta Khandan in Bathinda, Punjab. He was a popular dramatist, theatre director, novelist, and short story writer, and academic. He completed his undergraduation at the Government College Lahore, and pursued M.A.(English) and M.A.(Political Science) from FC College in Lahore. Gargi is the author of many popular plays, including Loha Kutt, Kesro, Kanak Di Balli, Sohni Mahiwal, Sultan Razia, Soukan, Mirza Sahiba and Dhooni di Agg; and some unique short stories Mircha Wala Sadh, Pattan di Berhi and Kuari Disi. His plays were translated into 12 languages, and have been performed around the world, including Moscow, London, New Delhi and around the USA. From The Economic Times of India