The Assassination of the Archduke: Sarajevo 1914 and the Romance That Changed the World- by Greg King with Sue Woolmans, St. Martin's Press, 2013 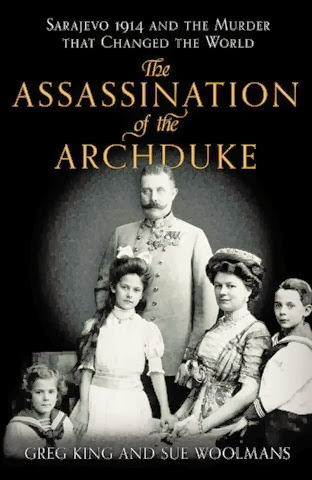 About four years ago I read and posted on The Man Who Killed Rasputin: Prince Felix Youssoupov and the Murder That Helped Bring Down the Russian Empire by Greg King.  I have long been very interested in the final decades of the Romanovs and Gregory Rasputin and I found this book fascinating.  In  research on Ruffington Boussweau  I have found he was a close friend and often a travel guide for the fabulously wealthy Prince Felix.  I will in 2014 hopefully be posting on a soon to be republished classic by Boussweau detailing his visit to Japan with Prince Felix and the then Prince Nicholas.    Boussweau was also intimately acquainted with many in Viennese society as readers of his travel guide, Vienna:  The Manliest City in Europe can attest.
In 1914 three  great empires dominated Europe, Russia, Germany, Austro-Hungaria. All the royal houses were related.    By 1918 all of these empires had been destroyed, millions had died, and the stages were set for World War II and the Holocaust.  WW I has to be among the most senseless of all wars. It started in Sarajevo in 1914 with the assassination of an Austro-Hungarian Archduke by a Serbian national.    (Boussweau served as a an honorary admiral in The Royal Morocan Navy- asked after the war if he had seen any action in Casablanca, he enigmatically smiled, said the royal prince Marandansrichin had told him to say if ever asked, "what happens in the Casbah stays in the Casbah" and laughed in such a delightful way that it drowned out for all who heard it the horrors of war.)
Franz Ferdinand, Archduke, was the heir presumptive when on June 28, 1914 he was assassinated by a Serbian national.  This is all most people ever learn about him.  Greg King brings the man, his wife who he married in the face of imperial disapproval, their very real love, their family life and the world in which they moved very much to life.  Under Hapsburg protocal a heir to the throne could only marry a member of a reigning or formerly reigning imperial European family.  His wife, Sophia was a countess from a minor Germanic line but upon marriage she and Franz suffered much from his parents rejection of her though he remained heir presumptive.  King lets us experience all of this in his very detailed work.  King is in deep sympathy with Sophia and Franz Ferdinand.  Franz was by most accounts of contemporaries a coldly aloof man (I guess being raised to think you have a divine right to rule over millions might produce this), without much cultural depths whose main private interest was hunting.  He and his children lived in a world of great wealth and privilege.  It ended for at least one of his children in a German concentration camp.
King does focus on the couple and their love.  King is a romantic writer not above a touch of hyperbole and over enthusiasm for his subjects but that does help him have a deeper insight.  This book is not just the story of a family and its demise, it is a portrait of the end of an era.  Thankfully Ruffy survived and had many happy hours in old imperial Vienna.  Upon his return from Morocco he very cagily asked his house boy "who won" before drinking his first toast to the victors.  Of Franz Ferdinand, whom he met once, he would only say, "well his wife was nice". 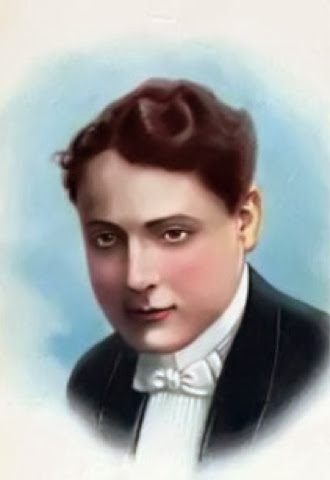